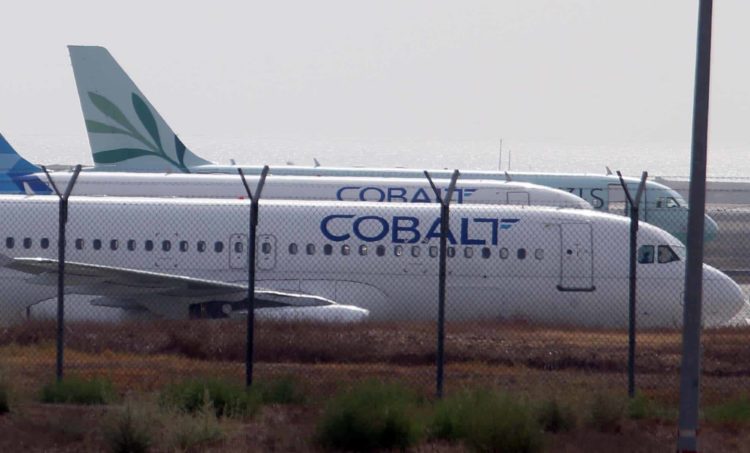 IT DID not take long for airlines operating in and out of Cyprus to cash in on Cobalt’s demise by hiking their prices. The Cyprus-Greece Business Association, whose members travel frequently, complained during the week that it was “inconceivable” that the price of air fares from Cyprus to Greece exceeded on average €300.

The association said not only did prices not stabilise as promised by the government, but continued to skyrocket. It urged the airlines that do fly between the two countries to increase flights and capacity to bring down ticket prices. The government responded saying prices would stabilise in a few weeks. Cold comfort for travellers.

Cyprus is a captive market for airlines and always has been. You can’t leave by car, train or ferry, so you have to pay up. For decades, travellers using the now-defunct state carrier Cyprus Airways had little other option. When it was closed in 2015 several other airlines stepped in and finally people had more choice than they’d ever had before and got used to being able to travel more cheaply. This also helped bring about two consecutive record tourism years.

There had been warnings initially that relying on low-cost operators was risky as they would have no incentive to service the island if it became unprofitable for them.

This still holds true and it would be wise to remember this could still happen, but usually some other airline will step in after a period of upset and higher prices for travellers, as long as there is demand. If tourism numbers do not hold up, or decline however, it won’t be good for people living here either in terms of travelling abroad.

Cyprus is already outside the low-cost carriers’ ideal flight time of three hours from main markets like the UK and without government incentives, airlines like Ryanair would not be flying here at all. The Irish airline quickly ditched Larnaca because they thought it was not cost-effective.

In less than ten years, Cyprus has seen three of its airlines disappear, Cyprus Airways, Eurocypria and now Cobalt.

What went wrong? The first two were due to state involvement and wastage, though Eurocypria had managed initially to be more efficient than its parent company. Much of its troubles had to do with the demands made by entitled Cyprus Airways staff who did not like the competition.

Cobalt was an independent airline with ambitions to be ‘the new Cyprus Airways’. Maybe that was its biggest mistake and a warning to be careful what you wish for. Many ex Cyprus Airways staff worked at Cobalt, but its closure can’t be attributed solely, we would assume.

In addition to a number of reportedly poor management decisions, the fact that the airline business is cutthroat, especially in liberalised Europe, means an airline would have to run a tight ship to survive. No doubt higher fuel prices lately were also a contributing factor.

Numerous small European airlines have closed over the past couple of decades because there is an oversupply of airlines while demand – and this is especially true for Cyprus – is more often than not, seasonal. Even reasonably profitable airlines only see around 5 per cent return for the massive operations they have to run. Nowadays, it comes down to bums on seats, which is what has made Ryanair successful.

In the old days, only wealthy people who could afford to take fancy holidays abroad flew on aeroplanes where you were pampered with free booze and a couple of meals during the journey.

Airports did not look like cattle-herding sheds back then either, there was no EU ‘liberalisation of the skies’, no financial restrictions on state carriers and thus no real competitive environment. Most airlines worked through bilateral state agreements that ensured their monopoly. This was not favourable to the general public for the most part, as anyone flying out of Cyprus could testify to.

Then came the era of mass travel, liberalisation and the resulting free-market competition which has ultimately forced the airlines to start cutting back on services and perks and to begin charging for the extras formerly taken for granted in a ticket price.  Low-cost carriers completely changed the face of air travel and has forced the big-name airlines to follow suit, and standards have fallen dramatically.

It would be easy to blame the industry for the often-shoddy service and don’t-care attitudes when flights are cancelled and delayed, but the truth is that consumers are the ones demanding cheap stuff, be it food, clothes, electrics or airline tickets. The airlines are only responding to demand and you always only get as much as you’re willing to pay for.

The state of play is well summed up in a parody song ‘Cheap Flights’ by Irish female group Fascinating Aida that mocks low-cost airlines. “Cheap flights, cheap flights, we should have gone by sea. There’s no such fecking thing as a fecking flight for 50p…”