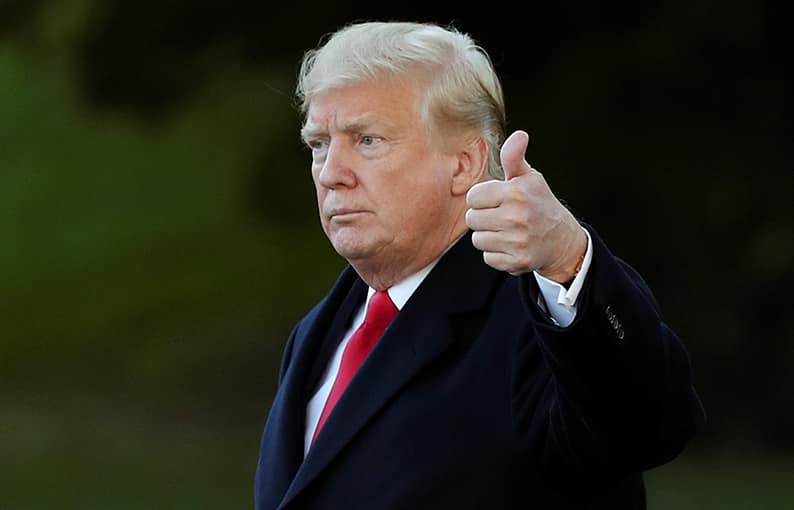 Most of the so-called western democracies are acting like a self-appointed cleaning squad, rushing around trying to mop up the mess on behalf of the Saudis

In just a few weeks we have had the full spectacle of western democracies falling over each other to prove what a real mess state politics has become. It has exposed the darker and more sinister side of realpolitik which goes against the grain of democratic ideology, moral and ethical principles.

We have had the Brexit circus whereby a small group of privileged politicians are still determined come what may to unashamedly sell the country and the national interest for their personal interests. Their unwillingness in recognising the damage their personal politics may bestow upon the people of the UK is deeply disconcerting and morally offensive.

We have had the Brett Kavanaugh debacle in the US whereby offensive language and mannerisms unbecoming of a judge for appointment to the US Supreme Court won the day. The carnival of Brett Kavanaugh was indeed a spectacle like no other. It was a rich tapestry of fiery facial expressions, rage, spitting, weeping, screaming, belligerence and hawkish expletives. His appointment reinforced the deep-seated sexist excuse for ‘boys will be boys’ sentiment irrespective of demeanour. Kavanaugh’s case provided the clearest indication yet how low politicians are willing to go down the moral and ethical ladder in realising their personal and political choices.

And then we have had the murder and, more than likely, state-sponsored brutal execution of Jamal Khashoggi which is currently making the news rounds. The Russians and Chinese have remained silent. But the macabre spectacle of so-called western democracies standing still or at worse heavily involved in trying to cover up the crime for the purpose of maintaining trade, financial and political benefits defies belief. The so-called free world that preaches freedom, human rights and democracy is acting like a self-appointed cleaning squad who rush around trying to mop up the mess on behalf of the Saudis; and creating diversions and stupid scripts to cover for the hideous crime and to protect one of the most oppressive regimes existing in the world today.

With the exception of Canada and Germany which have indicated the cancellation of lucrative arms exports to Saudi Arabia, the rest of the world are sitting tight until the whole affair is hushed up and normal relations with Saudi Arabia continue unabated. The British are ‘concerned’ but they are waiting for a ‘transparent investigation’ whilst emphasising the financial and political importance of Saudi Arabia to the UK. This is a pervasive position to adopt given the fuss made and sanctions applied against Russia following the Sergei Skripal poisoning affair in Salisbury. The G7 are waiting for a thorough investigation and are calling on the Saudis not to allow such an incident to happen again (ignoring that similar disappearances of dissidents have happened before and are happening still). The French call it unacceptable but are waiting to draw conclusions. More ridiculous is the Trump administration’s declared but shifting position. Trump’s promotion of the crime as an act committed by ‘rogue persons’ reinforced by the kingdom was a deliberate ploy to disrupt, confuse and create convenient diversions – a classic hallmark of his. As the world did not buy the ‘rogue’ element, a more idiotic explanation offered by the Saudis that Khashoggi was killed by accident in a brawl was immediately adopted by Trump as ‘credible’. As that explanation created even more incredulity and questions, Trump shifted his narrative yet again. When Turkey and Saudi Arabia, he proclaimed, provide their findings, any action to be taken will be based on the values of the American people and ‘vital national interests’.

Even more disheartening, is Turkey’s role in this. Turkey, acting as the guardian of international law, has taken on the role of both investigator and judge. President Tayyip Erdogan has adopted the moral high ground but given Turkey’s own appalling record on human rights, it is like putting the fox to guard the henhouse or the wolf to guard the sheep. Far more likely he sees himself as kingmaker which may allow him to extract favourable terms from the US and Saudi Arabia.

There is, of course, a pragmatic economic view about the relationship with Saudi Arabia that cuts across all political dogmas and frontiers. In this economically and politically competitive world it is inevitable that states will turn a blind eye when it suits them. Trump is correct in recognising that severance of relations with Saudi Arabia will allow others to step in and reap the benefits. But he has inflated the economic benefits to justify the reason for his position on the matter. He quoted 450 billion US dollars’ worth of trade with Saudi Arabia and that the loss of contracts will mean the loss of one million jobs in the US. This is false. In 2017, the goods and services exported to the Saudis totalled just over 23 billion US dollars, much of it in military hardware, arms and ammunitions and services. In 2018 (until August), trade with Saudi Arabia totalled 24 billion US dollars, nine billion of this being exports. As regards jobs, the latest data available indicate that exports to Saudi Arabia supported 165,000 US jobs.

It is a similar story in Europe. For example, over 6,000 UK firms are actively involved in exports to Saudi Arabia. In 2015 the UK exported over £7.5 billion of goods and services to them. What is more, other than military contracts, there are lucrative opportunities for investment in power, water, communications, transport and social infrastructure worth nearly 500 billion US dollars to tap into. With Brexit looming on the horizon, Saudi Arabia’s importance becomes even more pronounced.

But it is not just about exports. There is another angle to this. The US, as well as Europe, are dependent on the uninterrupted flow of Saudi oil to sustain their economies. Add to this dependency the geopolitical aspects of the Middle East (particularly in relation to Iran and Israel) and it is not surprising that financial and political expediency rule over democratic ideological, moral and ethical principles. These are just a convenient, manipulative and insincere ploy treated as a negotiable measure that is applied as and when it befits the occasion, according to circumstances and the necessity of geopolitics. Inevitably, the ideological, moral and ethical principles pertaining to freedom of expression, human rights and adherence to international law are not universally applied but selectively imposed based on pure self-preservation, military, economic and political expediency.

So, despite the global expression of skepticism and concern about Saudi Arabia, its importance as ‘an incredible ally’, to use Trump’s own words, in serving the perceived interests and wellbeing of western societies leaves no room for democratic values and mores to come into play.

The Jamal Khashoggi debacle is more than a truly disturbing and sad affair. It is a tragic illustration of how low our contemporary political leaders have sunk in the filthy mud of politics. And with them, and following them on their trail, contemporary society has reached new lows of indifference for the way we treat each other and how we maintain some sense of civility and respect for human sanctity.

The naked truth is not the whole truth Mr Erdogan