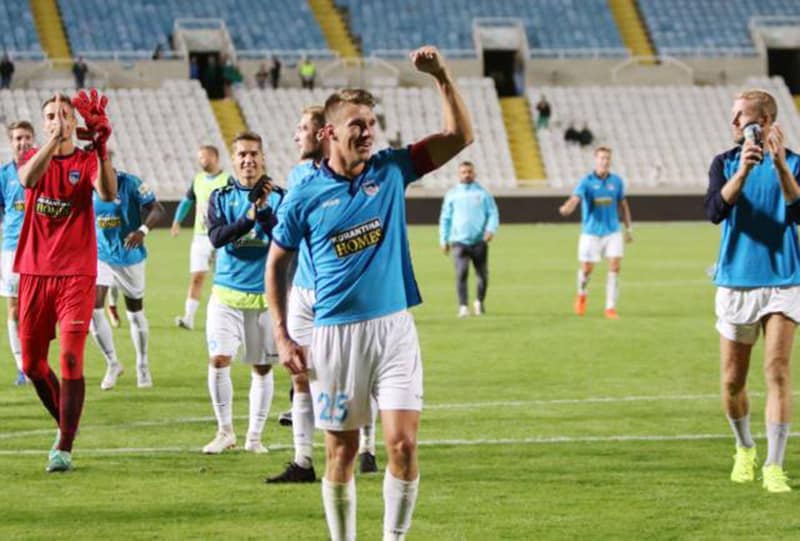 Ael made sure that they would remain at the top of the table with a convincing 4-1 win over Enosis while Omonia suffered another blow as they went down 4-2 to Pafos FC in Nicosia, while late goals gave Apoel and Nea Salamina three points against Alki and Ermis respectively in Cyprus football over the weekend.

The biggest upset of the round came at the GSP stadium where Pafos FC, without a win until that point, defeated Omonia by 4-2, and this despite trailing by 2-0 up until the 58th minute.

It was no more than Pafos FC deserved as they scorned a number of clear cut opportunities to record an even more convincing win.

Nemec scored a second from the penalty spot while in the 66th minute Angulo scored his second to make sure that Pafos FC left Nicosia with all three points.

This was Zelico Kopic’s first game in charge of the Pafos team and he was delighted with the way his team responded after being two goals down.

“It was very important that we kept believing despite being two goals down, I am very proud of my players today,” Kopic said in the post game press conference.

Omonia were yet again a woeful. This was their fourth consecutive defeat, increasing the pressure on technical director Angel Gomes who was booed off the pitch at the final whistle.

Omonia’s defending at times was shambolic with players failing to apply the most basic defensive duty, that of marking.

The first goal, for example, came about after Angulo was allowed to turn and shoot past goalkeeper Mejias with three defenders around him enjoying the October sunshine.

The goals for Omonia came in the 6th and 51st minute from Lopes and Christophi.

Their bitter local rivals Apoel almost suffered the same fate as they too were pegged back after leading by a couple of goals but two very late goals, a penalty by Morais and a tap in by substitute Natel, gave the three points to Apoel.

Apoel, who were the better team in the first 60 minutes of the game seemed to be cruising as they led by two goals from Jordanian Tamari and Iranian striker Reza.

However two defensive errors by defender Merkis who needlessly conceded a penalty and a colossal gaffe by goalkeeper Romo allowed Alki to draw level with Stavrou and Belameiri the scorers.

Tamari and substitute Natel were the saviours for the champions scoring one each and providing the assists for Morais and Reza to score the other two.

Ael were given a first-half scare by Enosis as they found themselves trailing to the first division newcomers thanks to a 23rd minute header by Oudozi.

The home team were jolted into action and finished the half strongly hitting the post twice in the last couple of minutes.

Early in the second half though they got what they deserved and managed to find the net through Torres, while the same player added a second in the 64th minute to give AEL the lead.

Two more goals in quick succession from Lafrance and Hurado gave Ael a convincing and deserved win that keeps them at the top of the table for yet another week.

In the final weekend game Nea Salamina defeated Ermis Aradippou by 1-0 and moved into fourth place.

In an evenly contested game Nea Salamina got the breakthough in the last minute after a defensive lapse in the Aradippou penalty area allowed Christoforou to fire the ball past goalkeeper Finirides.

There are two big games later on Monday night as Anorthosis take on AEK at the Antonis Papadopoulos while Apollon, the only team who have yet to drop a point, face a tricky away fixture to Doxa Katokopias who a few weeks ago stunned Apoel 5-2.

YOU CAN WATCH ALL THE FOOTBALL HIGHLIGHTS HERE