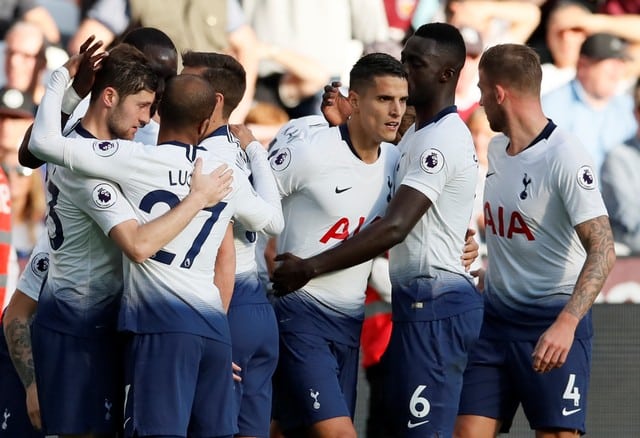 Tottenham Hotspur manager Mauricio Pochettino has dealt admirably with the various curve balls launched his way since the end of last season — so well in fact that his side have enjoyed their best start to a Premier League campaign.

After nine games Spurs are fifth with 21 points and victory over champions and leaders Manchester City at Wembley on Monday would catapult them above Pep Guardiola’s outfit.

Something does not feel quite right though and Pochettino, so adept at hiding any frustrations over his transfer kitty or lack of home ground, let his mask slip ahead of City’s visit.

Asked for his assessment of the season, the Argentine’s answer might alarm the London club’s fans, especially with a vacancy likely to open up shortly at Real Madrid.

“It’s strange because it’s my worst feeling here in four-and-a-half years,” Pochettino, who has taken Tottenham to third, second and third-placed finishes in the last three seasons, told reporters at the club’s swish training ground.

“This is the worst I’ve felt, yet it’s the best start ever for us in the Premier League. It’s very strange no?

“I don’t know why, it’s difficult to explain. Disappointed because we are still waiting for the new stadium when the expectation was to be there from the beginning.

Pochettino could argue that he has been tasked with taking on clubs such as City, Liverpool, Chelsea and Arsenal with one arm tied behind his back. While they have invested heavily in squad improvements, Spurs spent nothing in the close season.

The promise of starting this campaign “back home” in their gleaming 62,000-seater White Hart Lane stadium, next to their old ground, also failed to materialise. On Friday the club said they would not move in before the New Year.

Most of Pochettino’s key players had next to no recovery time after playing deep into the World Cup in Russia while Tottenham have played six of their opening nine games away, albeit winning five of them.

On Monday, they will step out at Wembley, their adopted home, on a pitch scarred by an NFL match between Philadelphia Eagles and Jacksonville Jaguars on Sunday.

Spurs were initially scheduled to play City on Sunday but the NFL date was already booked. On Wednesday Spurs visit local rivals West Ham United in the League Cup fourth round.

“I think the circumstances of the last year, I think the club is not only focused on winning titles or winning games,” the former Espanyol and Southampton boss said.

“We have a lot of other things to focus on and you know very well when you are competing with sides like we are competing with in the Champions League and Premier League the most important thing is to fight with the same conditions.

“Of course it’s easy to see (over) the last few years how we have acted in the market and how others acted.

“My wish for the club and the fans is that we can fight on the same conditions. Only then do you know if you are good enough. The frustration is massive because with less in every single aspect we are there, but that’s not enough to win titles or achieve the level you want.”

While Spurs, without hitting the heights, have doggedly kept in touch with the Premier League elite this season, Wednesday’s 2-2 draw at PSV Eindhoven left their Champions League hopes hanging by a thread.

It was a result that made Pochettino question his squad’s ability to reach the next level.

“We are still not showing that level to be a real contender, in my opinion,” he said.

Vaping CBD: Is it right for you?