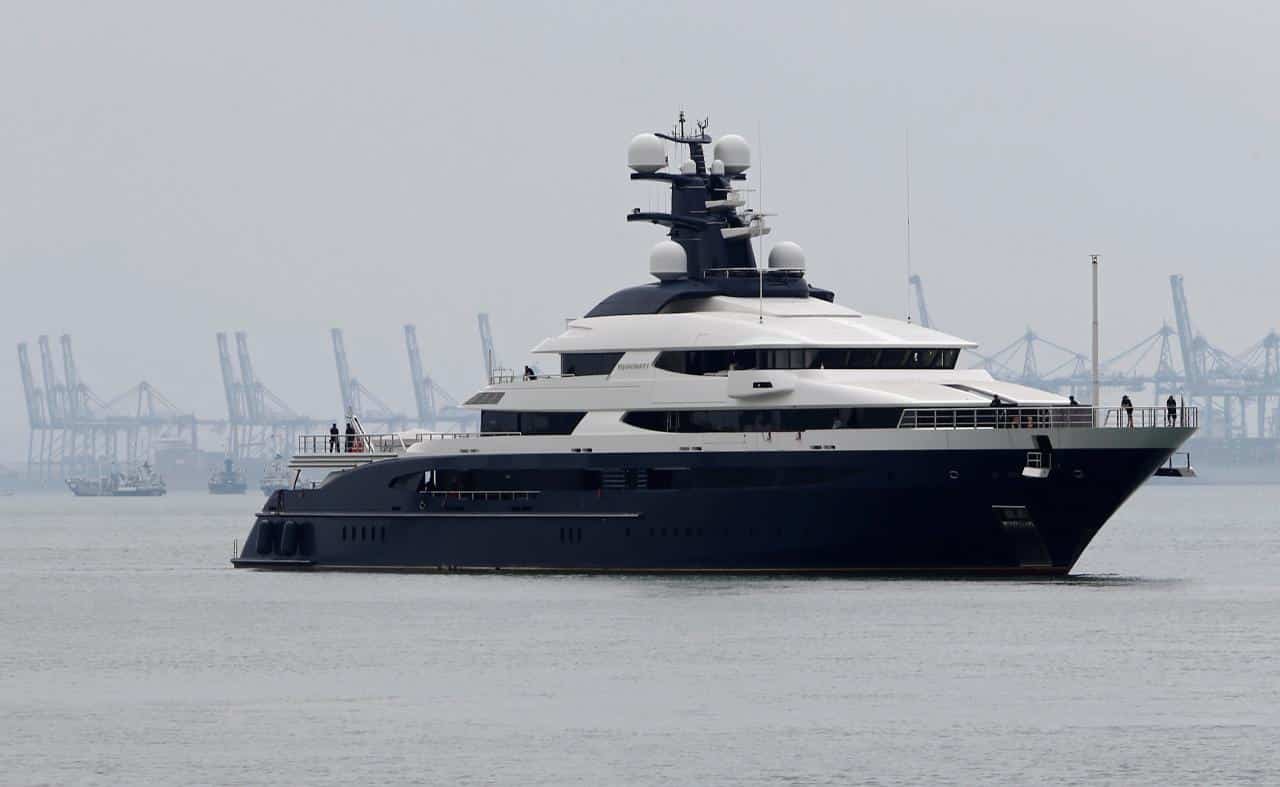 A $250m luxury yacht linked to a multi-billion dollar scandal at Malaysia‘s state fund 1MDB has gone up for auction, a government lawyer said on Monday, the first sale of a major asset seized by investigating authorities.

The Equanimity is among $1.7bn in assets allegedly bought by fugitive Malaysian financier Low Taek Jho, also known as Jho Low, and his associates with funds taken from 1MDB, the US Department of Justice has said.

Malaysia and the United States are investigating how billions of dollars went missing from 1Malaysia Development Berhad (1MDB), with some of the money used to buy a private jet, Picasso paintings, jewellery, real estate and a superyacht.

A Malaysian court in August approved the sale of the 300-ft (91 m) Cayman Islands-flagged Equanimity, which was impounded months earlier near the Indonesian island of Bali and handed over to Malaysia.

The Equanimity, which according to US court documents was bought by Low for $250m, has been appraised for the auction. But its estimated value will only be disclosed after the bidding process ends on Nov 28, said Jeremy Joseph, a lawyer for 1MDB and the government.

“If the highest bid matches or exceeds the appraised value, then it can be accepted by the court,” Joseph told Reuters.

The proceeds will be held by the court for 90 days to allow time for any potential claimants to come forward, he said.

A representative for Equanimity (Cayman) Ltd, a company which claims ownership of the yacht, did not immediately respond to a request for comment.

The firm said in August that Malaysia‘s move to sell the yacht was a violation of due process and international law.

Malaysian police have issued an arrest warrant and filed criminal charges against Low, but his whereabouts are unknown.

A representative for Low, who has maintained his innocence, did not immediately reply to a request for comment on Monday.

Low said through a spokesman in August that the seizure and planned sale of the yacht was “illegal and costly.”

The Equanimity’s interior was designed “using a variety of exotic materials,” according to a website listing by Burgess, a yacht brokerage appointed to oversee the bidding process.

The vessel can accommodate up to 22 guests and 31 crew, with amenities that include a swimming pool, a beauty salon, a massage room and sauna, medical facilities and a helicopter pad, the listing said.

Real housemaids of Cyprus (and beyond)