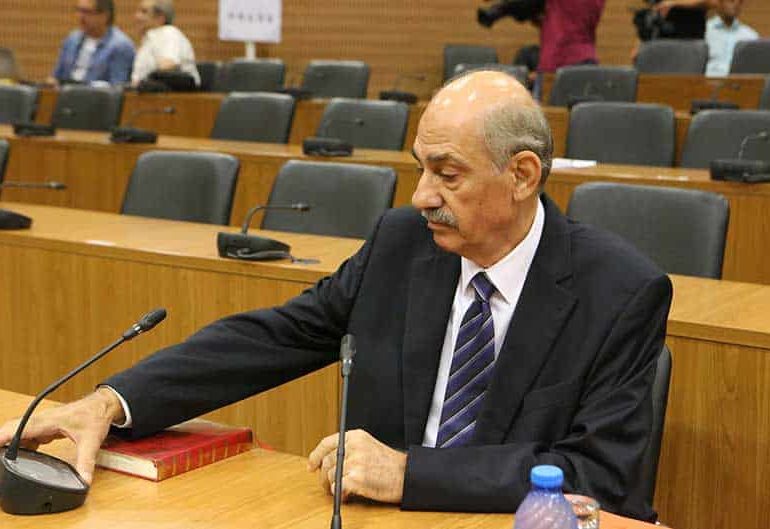 The former head of the authority supervising co-operative banks on Monday deflected responsibility for the demise of the sector, blaming it on ‘engrained mentalities’ among banking officials.

Constantinos Lyras also cited the lack of resources at his disposal, preventing him as he said from exercising effective control over the hundreds of co-operatives operating across the island.

“It was humanly impossible to closely scrutinise all the cooperative companies…to do that, we would have required some 400 employees, which we did not have,” he told the panel investigating the collapse of the co-ops.

Testifying for the second time before the committee, Lyras faced a barrage of questions about the multitude of financial shenanigans that have seen the light of day.

Many of these occurred under his watch; he headed up the co-operative supervising authority from 2004 to 2014.

Asked whether he could have used his powers to sanction or even sack banking officials, Lyras replied that his hands were tied by the law.

In order to terminate an official, he said, the standard of proof was so high that it needed to hold up in a court. Moreover, the consent of an individual bank’s executive committee was required when reporting a matter to the police.

On the financial mischief going on at the Achna cooperative from 2005 to 2013, where in one extreme case a loan was given in the form of a €3m overdraft on a current account, Lyras said disciplinary action was taken against the responsible banker.

The banker was penalised by depriving him his automatic wage increments.

From then on, it was up to the Achna co-op itself to report the matter to the police, which they refused to do, he claimed.

Under questioning, Lyras appeared not to be adequately informed about the Paralimni co-op.

The co-op’s secretary Yiannis Yiannaki would attend sessions which approved loans; in some cases the loans approved had been allegedly granted to Yiannaki himself, representing a clear conflict of interest.

Lyras dismissed suggestions that he had failed to look into the practice of loans being granted without regard for borrowers’ ability to repay.

He confirmed that the internal auditor at the Athienou co-op had brought this to his attention.

“She came to me moping about irregularities,” he noted.

Responding to another question, Lyras denied receiving in writing any instructions from the then central bank governor Athanasios Orphanides, who was asking for the removal of the secretary of the Strovolos co-op because the bank was facing severe capital adequacy issues.

By contrast, Lyras had written a report praising the co-op’s secretary.

On the non-performing loans (NPLs) plaguing the cooperatives, the witness said these problems surfaced during the 2011 to 2013 period, when the definitions of bad loans were changed.

Back in 2005, Lyras said, the cooperatives were unaware of the concept of NPLs.

“They used to call them loans in arrears, instalments in arrears…it was not until later that the real extent of the NPLs became apparent.”

Lyras himself faces charges of fraud in connection with loans worth €3.6m secured in 2007. The criminal case is set to continue in early November.

High-level European meeting on Covid being held in Limassol