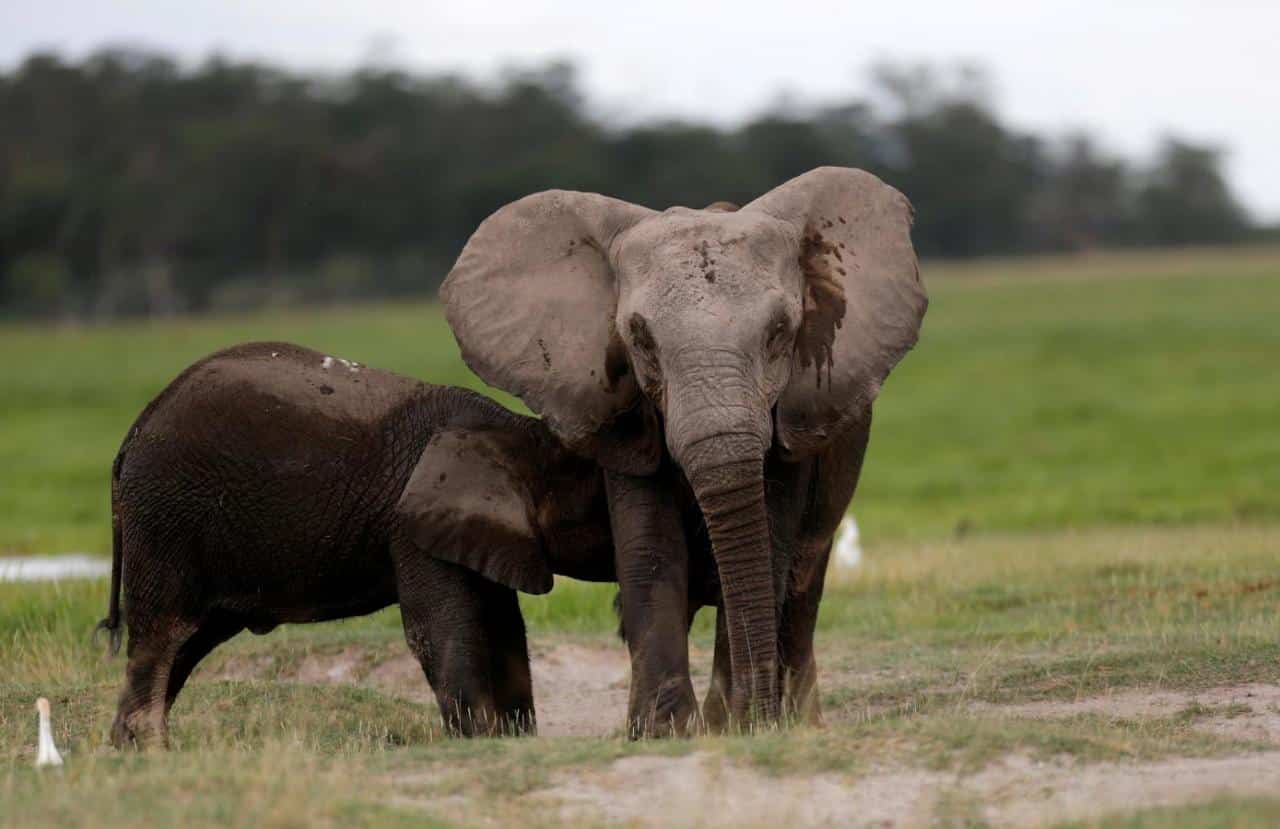 An elephant breastfeeds its young one at the Amboseli National Park, south-east of Kenya's capital Nairobi

Global wildlife populations have fallen by 60 per cent since 1970 as humans overuse natural resources, drive climate change and pollute the planet, a report warns.

WWF has called for an ambitious “global deal” for nature and people, similar to the international Paris Agreement to tackle climate change, as the conservation charity’s new report spelled out the damage being done to the natural world.

Only a quarter of the world’s land area is free from the impacts of human activity and by 2050 that will have fallen to just a tenth, the Living Planet Report 2018 says.

The percentage of the world’s seabirds with plastic in their stomach is estimated to have increased from 5 per cent in 1960 to 90 per cent today, and the world has already lost around half its shallow water corals in just 30 years.

Overall, populations of more than 4,000 species of mammals, reptiles, birds, fish and amphibians have declined by an average of 60 per cent between 1970 and 2014, the most recent year for which data is available.

Tropical areas have seen the worst declines, with an 89 per cent fall in populations monitored in Latin America and the Caribbean since 1970.

Species which live in fresh water habitats, such as frogs and river fish, have seen global population falls of 83 per cent, according to the living planet index by the Zoological Society of London (ZSL) which tracks the abundance of wildlife.

From hedgehogs and puffins to elephants, rhinos and polar bears, wildlife is in decline, due to the loss of habitats, poaching, pollution of land and seas and rising global temperatures, the Living Planet report warns.

Current action to protect nature is failing because it is not enough to match the scale of the threat facing the planet, the conservationists claim.

“Exploding” levels of human consumption are driving the impacts on nature, with over-exploitation of natural resources such as over-fishing, cutting down forests to grow crops such as soy and palm oil and the use of pesticides in agriculture.

But wildlife is not just a “nice to have” for humans, the report warns, with human food, health and medicines all relying on natural resources.

All human economic activity ultimately depends on nature, the report said, with globally natural resources estimated to provide services worth 125 trillion US dollars ( £97 trillion) a year.

With the world set to review progress on sustainable development and conserving biodiversity under UN agreements by 2020, there is a window of opportunity for action in the next two years, the conservation group argues.

A new global deal should be secured, backed by strong commitments from governments and businesses.

WWF chief executive Tanya Steele said: “We are the first generation to know we are destroying our planet and the last one that can do anything about it.

“Our wanton destruction of nature, coupled with the brutal chaos of climate change, is the biggest threat to humanity.

“If we want a world with orangutans and puffins, clean air and enough food for everyone, we need urgent action from our leaders and a new global deal for nature and people that kick starts a global programme of recovery.”

TV presenter and WWF-UK ambassador Ben Fogle said: “I don’t want my children growing up to learn about tigers, rhinos and even hedgehogs through history books and museums.

“I want them to see our world’s diverse and wonderful wildlife with their own eyes.

“But our inaction is wiping out species across the globe and it terrifies me that, unless we make committed and immediate change to the way we live, there will be no other option for them.”

The law and engrained mentalities blamed for co-op shenanigans