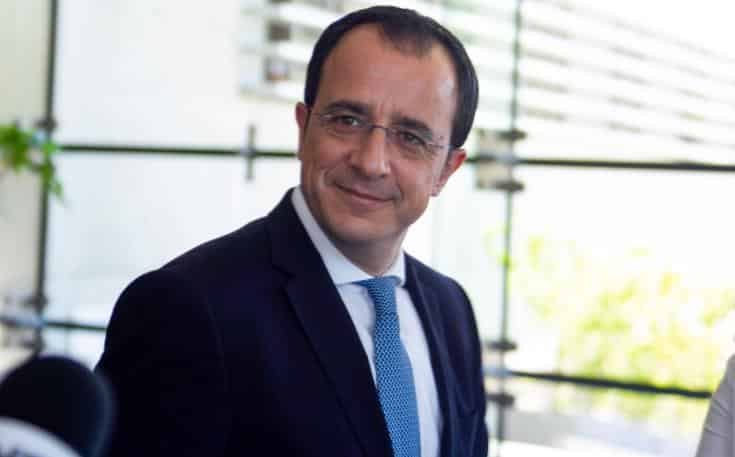 Foreign minister Nicos Christodoulides conceded on Tuesday that American helicopters were in fact operating out of the island but insisted there was no United States airbase per se in Cyprus.

The American helicopters were used exclusively for humanitarian reasons, Christodoulides told reporters after attending a closed-doors session of the House foreign affairs committee.

“I have briefed [MPs] on the stationing of helicopters, which was part of a broader plan by the Americans across the world, at the time in question, for the safe evacuation of US diplomats.

“There was nothing more to it than what I have stated,” he added.

Christodoulides went on to say that these operations were part of the broader facilities which Cyprus provides to foreign countries.

Over the last few years, he noted, “we have managed to turn the Andreas Papandreou airbase [in Paphos], as well as our ports, into a reference point for use by third countries wishing to carry out operational activities but exclusively for operations of a humanitarian nature.”

In this context, Nicosia has concluded a number of agreements with other states.

In 2017 alone, facilities for humanitarian operations – such as airlifts – were granted in 672 cases.

“All this, we believe, highlights the substantive role our country is playing in the region as a security and stability actor in the eastern Mediterranean, also underscoring that we are a reliable and predictable partner in the international community.”

Despite providing some answers, Christodoulides nevertheless tiptoed around the question of whether the government had been officially informed, and when, about the stationing of US helicopters here.

Moreover, his remarks about humanitarian facilities generally provided by Cyprus fudged the issue, since the helicopters in question were apparently operating not out of Cypriot sovereign territory, but rather out of the Sovereign Base Areas (SBAs) in Akrotiri.

The matter came to the fore earlier this month after ABC News, citing a US State Department document, revealed that the ‘base’ was established in September 2013 and shuttered in August 2017, costing American taxpayers $70 million for a facility that “served little clear purpose.”

ABC said the facility hosted five helicopters and approximately 40 government contractors at a cost of about $20 million per year.

The report stated that the facility “provided the department a regional contingency capability with a focus on air bridge support to Embassy Beirut and assisted in the transportation and (if needed) the evacuation of COM personnel from the embassy.”

Weighing in on the issue at the time, Cyprus’ former intelligence chief Andreas Pentaras said the operation of American aircraft out of the island was part of a ‘don’t ask don’t tell’ deal between Nicosia and Washington dating back to the 1960s.

In the 1960s then-president Archbishop Makarios had concluded a secret – and most likely verbal – agreement with the Americans, allowing the latter to make use of the British bases for their spy planes.
Former foreign minister Ioannis Kasoulides, under whose watch the American helicopters were stationed on the island, said Cyprus and the United Kingdom have a courtesy agreement where the latter inform the government whenever the British bases host foreign military personnel or operations.

But on the specific issue, he said he had had no official briefing about the US helicopters.

Coronavirus: PCR tests for all passengers to Cyprus

Photo published of man wanted over disappearance of two women