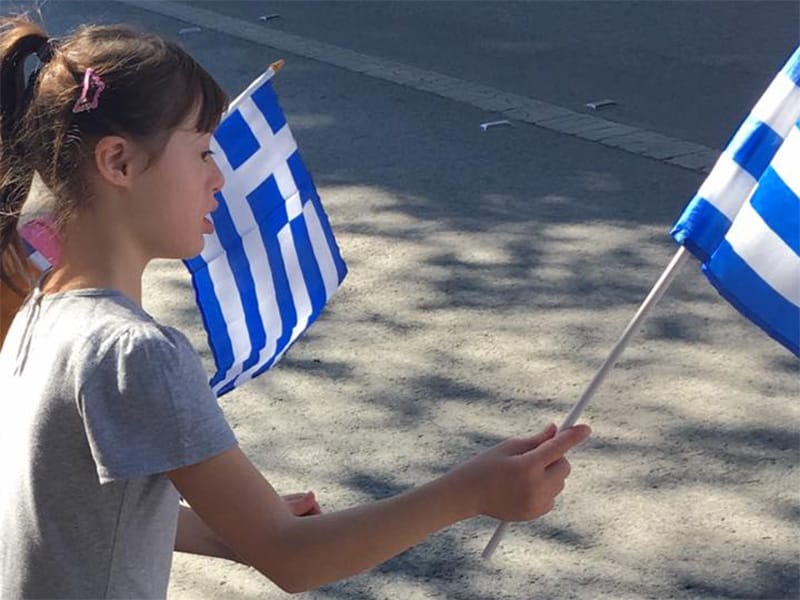 Primary education teachers’ union Poed on Tuesday urged the education ministry to carry out an “objective” probe into the alleged marginalisation of an eight-year-old girl with Down’s syndrome at her school’s celebration of the Ochi anniversary.

Things may not exactly be as they were presented, head of the union Filios Fylactou said.

The education ministry ordered a report of events after the mother of the eight-year-old complained that while her daughter was on stage with other classmates to recite a poem at her Nicosia district school last Friday she was bypassed when it was her turn to pick up the microphone, which was given to the girl next to her. A video the mother released shows the girl left standing there reaching for the microphone that never came. The event was to mark the anniversary of Ochi Day, which marks the Greek resistance against the Axis powers during World War II celebrated on October 28.

The mother’s complaint, which she initially posted on social media, went viral, prompting Education Minister Costas Hambiaouris to ask for a meeting with her and her husband. He also asked for a report of events surrounding the incident from the school. The report has already been delivered to the education ministry, reports said.

The mother said she complained to the head teacher of the school, who, allegedly brushed her off.

She said she told the head teachers that they could give her daughter at least a word to say. The girl has a speech impediment but she has a perception, the mother said.

“We knew that that child could not recite that poem, but we thought they would give her the microphone to say it in her own way, to feel that she was part of the whole so that she would not feel she was left out,” the mother told Omega TV. But instead, she said, they have marginalised her.

“How can one grow if they are constantly in isolation?” she asked.

The woman also said that the school in question had marginalised her daughter on other occasions.

The outcry on social media against the school prompted Poed to call on the education ministry to ensure the probe was carried out “with objectiveness.”

The union also called on the ministry, once the findings of the report are known, to take a stand “officially and responsibly in relation to the actual facts.”

Fylactou told CyBC radio that according to his information it was the decision of a team – including a speech therapist and the school’s special education teacher – as to how the girl would participate in the event. Fylactou said that the child had indeed been included, and not marginalised by participating at the event.

He said that as the school cannot defend itself in public, it is the job of the education ministry to thoroughly investigate the mother’s claims.

The union said in a statement that it would not tolerate anyone turning a blind eye to incidents in schools concerning children or teachers but at the same time it would not accept the public condemnation of schools and / or teachers without first legal and appropriate investigative procedures taking place.

Why stellar customer service is integral to your business’ success