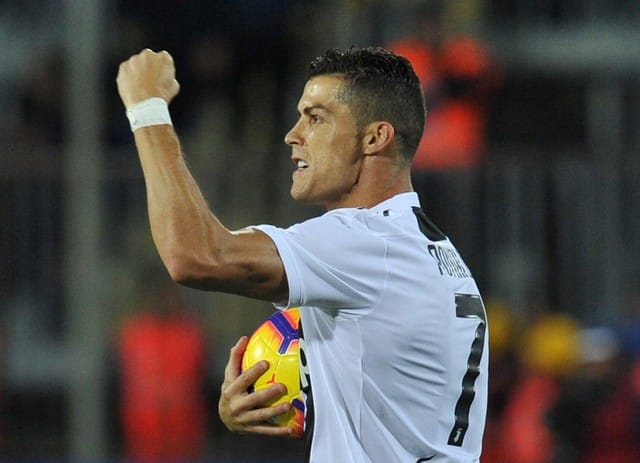 Cristiano Ronaldo left Real for Juventus in the summer

Cristiano Ronaldo says he left Real Madrid for Juventus after feeling the way he was being viewed by the Spanish giants’ president Florentino Perez had changed.

Ronaldo, Real’s all-time leading goalscorer with 451 goals, made the £99.2million switch over the summer having spent nine years with the LaLiga club.

Among the trophies he helped them win was the Champions League on four occasions, including in each of the last three seasons.

The 33-year-old Portugal forward said with regard to Real in an interview with France Football: “I felt within the club, certainly on the part of the president, that they didn’t think of me the way they did at the beginning.

“The truth is that the president wanted me, but at the same time he let me know that my departure would not be a problem.”

Ronaldo has scored seven goals in 12 appearances in all competitions to date for Juventus, who are unbeaten so far this season and top both Serie A and their Champions League group, in which they last week defeated his former club Manchester United 1-0 at Old Trafford.

He has described the transfer as a “good choice” and “success”, and added: “I achieved a lot of good things at Madrid and had some incredible times there, which I will remember forever, with some incredibly valuable team-mates. The fans also.

“But I believe that after nine years there, the time had come for me to change club and to move.”

Ronaldo earlier this month was included on the shortlist for the Ballon d’Or, the award bestowed annually by France Football that he has won for the past two years and five times in total.

He says that while claiming it again is “not an obsession” it is something he feels he “deserves”.

“I’ve said many times, winning a sixth Ballon d’Or is not an obsession,” Ronaldo said.

“I know deep down that I am one of the best players in history.

“Of course I want to win that sixth Ballon D’Or! It would be a lie to tell you otherwise. I work for that. The way I work to get the goals and win matches without that in itself being an obsession. The Ballon D’Or? Yes, I think I deserve it.”

Ronaldo has also spoken about the impact the rape allegation made against him has had on his family, saying it has left his mother and sisters “stunned” and “very angry.”

Ronaldo is being sued by a woman in the United States, who claims he raped her in the penthouse suite of a Las Vegas hotel in 2009.

Ronaldo, who has firmly denied the allegation, said: “I gave an explanation to my partner.

“My son, Cristiano Jr, is too little to understand. The worst is for my mother and sisters. They are stunned and at the same time very angry. It’s the first time I’ve seen them in this state.”

Hoddle’s family ‘overwhelmed’ by messages of support from Spurs fans