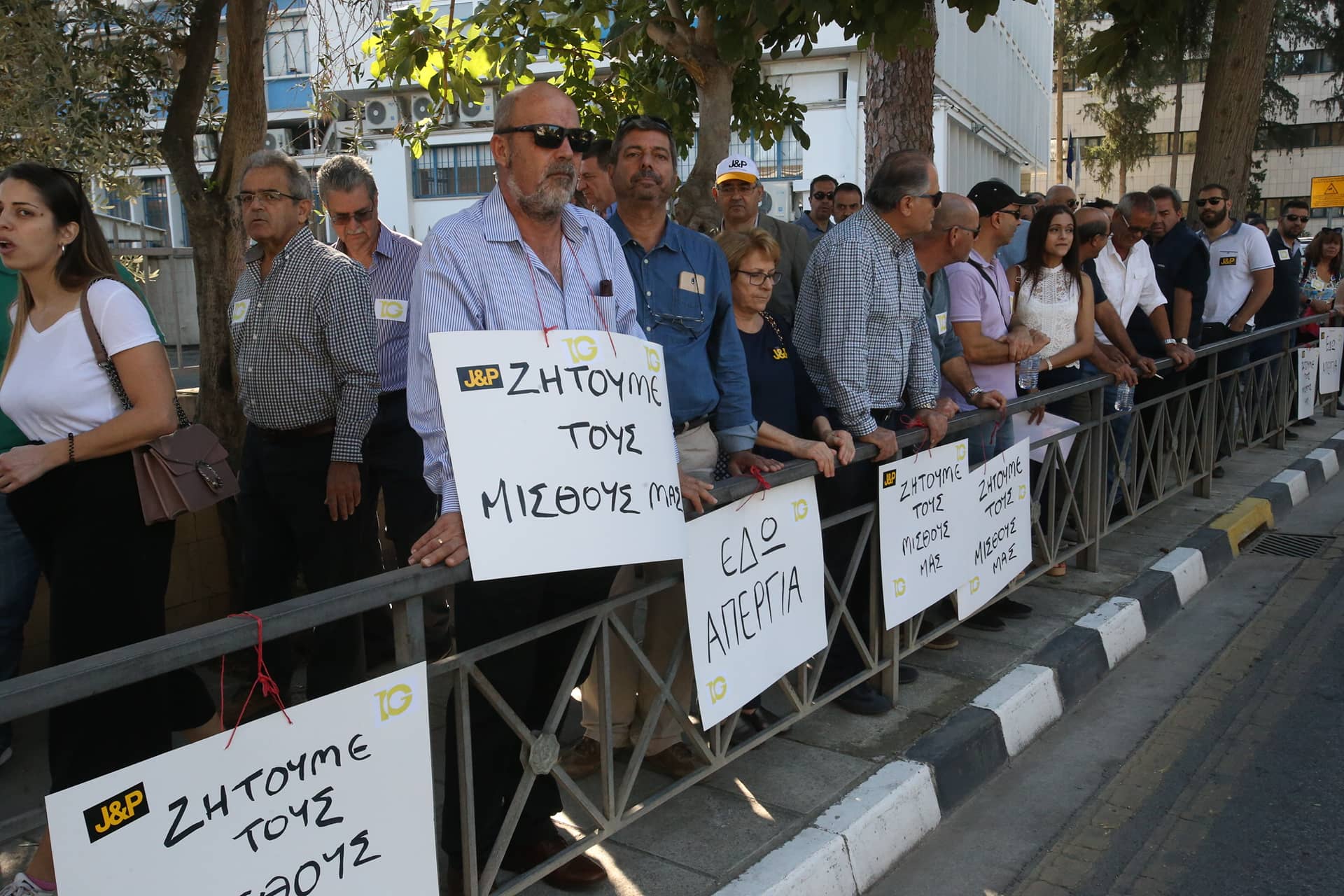 Around 200 employees of Ten Group Services, which offered support services to J&P Overseas, now in liquidation, went on strike on Wednesday morning outside the J&P offices in Nicosia demanding unpaid wages.

Construction giant J&P Overseas Limited was initially placed under administration earlier this month after its creditors rejected its restructuring proposal. A court in Guernsey had appointed two administrators from the consulting firm Alvarez and Marsal to try and secure adequate funding.

But after the administrators failed to secure funding, the court put the company into liquidation with liquidators from Alvarez & Marsal Europe LLP.

“Alvarez & Marsal moved to liquidation as they saw no chance of getting out of administration, while the risk of staying as administrators was too high,” an inside source told the Cyprus Mail.

The Nicosia strike is linked to the situation at J&P Overseas and has nothing to do with the Cyprus-based Joannou & Paraskevaides Ltd, a source told the Cyprus Mail.

Ten Group Services was offering procurement, tendering and other services to J&P Overseas.

Sek trade union rep for the construction branch, Yiannakis Ioannou, told the Cyprus Mail that the workers had warned their employer they would go on strike some ten days ago unless they received unpaid wages for the last two months but also their 13th and 14th salaries. After the company failed to respond, the workers went on indefinite strike.

The employees are also demanding settlement of outstanding benefits such as provident fund and social insurance contributions.

They are also requesting that the company pays the salaries and other benefits of the around 200 Cypriots working at the J&P Overseas operations in Saudi Arabia, Ioannou said.

Altogether J&P Overseas employs some 18,000 people who have not been paid for several months. Its financial problems became apparent earlier this year after employees in construction sites in Saudi Arabia protested about big delays in the payment of their wages.

The company employs around 6,000 people in Saudi Arabia, among them around 200 Cypriots. The Cypriot employees said that they haven’t been paid for five months. They also said that the living conditions of the employees there, most of them third-country nationals, were “wretched”.

“The company is unable to issue airline tickets for repatriation, renewal of residence permit and exit from the country and as a result thousands of them remain trapped and desperate, not knowing how they will be repatriate,” said a letter from Saudi Arabia employees sent to the shareholders.

J&P Cyprus said that this does not affect its own operations as it is legally and financially independent from the overseas company.