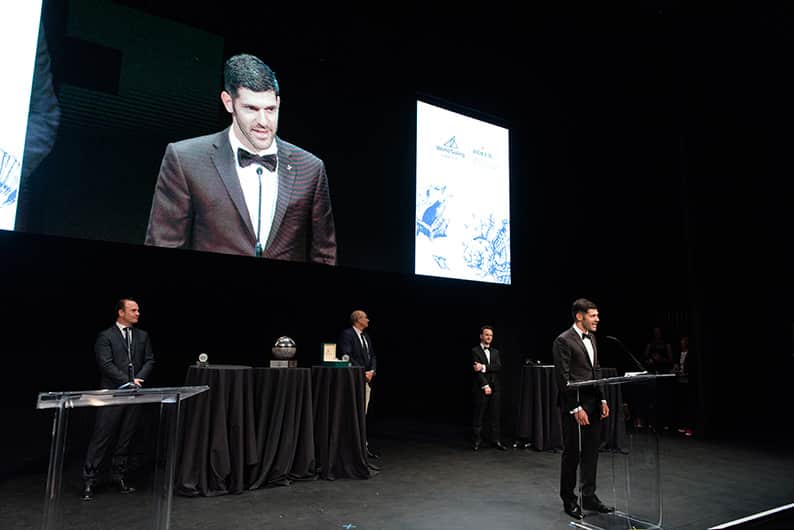 Cypriot sailor Pavlos Kontides has been named Rolex World Sailor of the Year 2018 as the stars of sailing were recognised at the 2018 World Sailing Awards in Florida, USA.

“There are lot of great legends in our sport on that trophy. Since I was 14, I’ve been dreaming of winning that award,” said Kontides, speaking after receiving the award.

“I used to write it on lots of pieces of paper that it’s what I wanted. Maybe it sounded a bit too far away, maybe it was too big of a dream, but here I am today.”

The Laser sailor won his first World Championship title in Croatia in 2017 and made it a double less than a year later in Denmark.

Kontides became the first Cypriot athlete ever to win an Olympic medal after taking second place in the London Olympics in 2012.

“I managed to achieve this from a really small island in the middle of the Mediterranean, so I hope this achievement will inspire a lot of other young sailors to prove you should dream big and not be too scared to chase it.”

Kontides also competed in the 2016 Olympics in which he placed seventh and the 2008 Olympics obtaining the 13th place. In the same year, he won gold at the World Junior Championships and in 2009 he won two silver medals in World Cups and a bronze in the European Men’s Championship.