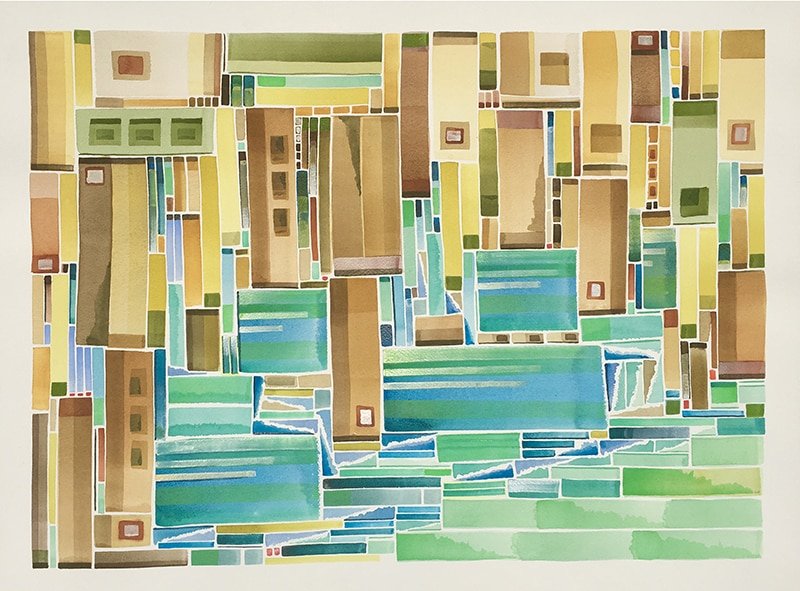 A series of paintings inspired by philosophy will go on show as of Friday by American painter and professor of fine arts Todd Lowery entitled You Are Here.

His art has been inspired by both Stratigraphy and Philosophy – the former being a branch of geology that focuses on the study of rock layers and layering mostly used in the study of sedimentary and volcanic rocks. Philosopher Guy Debord, by mixing the two disciplines, came up with a concept called Psychogeography – an exploration of urban environments that emphasise playfulness and ‘drifting’.

While there are a number of different attempts at giving this concept an accurate definition, it is essentially, understanding the effect a geographical location has on our emotions and behaviour through actually living it – for example by walking the specific landscape.

Todd Lowery’s paintings have been exhibited throughout Europe and North America, and his most recent solo exhibitions took place in Canada, Germany, Greece, Sweden and the US. He is a Professor of Fine Arts at Drury University in Springfield, Missouri. He has also served as Chair of Drury’s Department of Art and Art History and has led and taught short-term art programmes out of Florence and throughout Italy and Greece.

You Are Here
Painting exhibition by Todd Lowery. November 2 at 8pm. Until November 17. Is not gallery, Odysseos Street, Old Nicosia

Doctors at Paphos A&E on daily work stoppages over understaffing