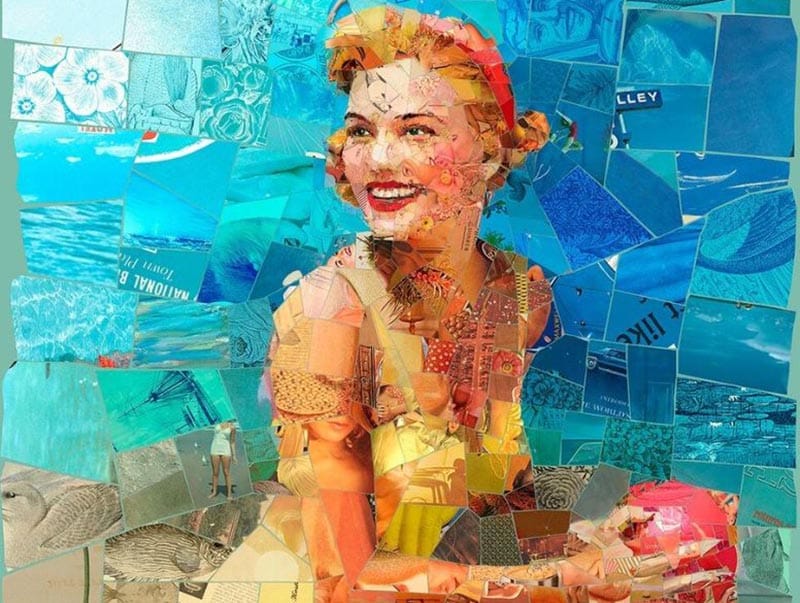 As the summer itself seems to be dragging on forever, an exhibition coming to Nicosia shortly reflects that concept – Endless Summer opens on November 14 in the capital following the international success and the sensational experience in Paphos.

Charis Tsevis’ solo exhibition of a series of digital mosaics will be hosted at the Collection Gallery for a month, giving art admirers of Nicosia plenty of time to see the pieces. The artworks are summer memories and impressions “of the most brilliant time of the year”, the artist says.

“Memory pieces crafted on the digital canvas to mark each and every one of the things we remember, things we envied, things we feel nostalgic about and everything that was worth saving in our memories,” says Tsevis of his work.

The main theme for all artworks is the everlasting summer. It is an attempt of recording moments from a bright and bittersweet, beautiful and beautified time. Stereotypical scenes with sun, sea and joy. The images also come from old popular magazines and advertisements, combining innocence and nostalgia and consumption in an effort to honor the memory.

The exhibition presents various sceneries and moments such as colourful motels from all over the world left behind on forgotten highways, towels in the sand without loungers and photo-shoots of people having fun memorised for life in a polaroid.

The goddesses of beauty are decorated with flowers and fruit and with colours from the brightest hours of the Mediterranean summer. They are the colours of the summer in Paphos that dominates all over Cyprus. Blue from Potima beach, Coral Bay and Akamas, gold from the sedimentary rocks of Paphos, purple from Maratheftiko wine and red from spring strawberries.

Born in Athens in 1967, mosaics weren’t always Tservis’ way of expression. He studied visual design in Athens and Milan and has been working in the field of advertising and communication for decades while teaching and researching visual communication. Since developing his digital mosaics, they have gained recognition internationally and his personal style has led to the creation of a movement and imitators worldwide.

His clients include businesses from every continent (Nike, IKEA, Toyota), media enterprises (TIME, CNN and the Wall Street Journal) and advertising companies (Leo Burnett Hong Kong, Saatchi & Saatchi Los Angeles and Publicis New York). Admirably, he had the honour of seeing his works being used by President Obama in his election campaign, by the American Olympic team and the US Football Association.

So, the Collection Gallery brings the acclaimed pieces of this renowned artist to Nicosia where the public can witness their beauty and get closer to a special kind of art form.

Calculating payouts for a car accident settlement in Knoxville, TN