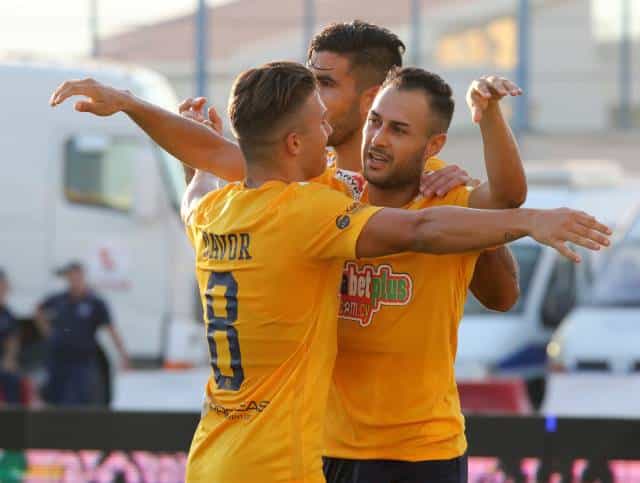 League leaders AEL travel to Larnaca to face AEK in what will be their biggest test so far. Both teams have dropped just two points

Two mouthwatering fixtures will take place on Saturday in Round 8 of the Cyprus football championship that will almost certainly have their significance come May next year.

In Limassol, Apollon take on Anorthosis while AEK entertain leaders AEL at the Arena stadium.

In the other games Apoel travel to Paphos to take on much-improved Pafos FC while Omonia clash with Ermis in Nicosia.

In the final weekend game, two teams that seem destined to battle until the very end to avoid relegation, Enosis and Alki, clash at the Tasos Markou stadium in Paralimni.

Apollon dropped their first points of the season last week against Doxa Katokopias and will be looking to get back to winning ways against Anorthosis even though a number of key players are sidelined through injury.

After long-term injuries to Hectort Yuste and Kevin Bru, two more names were added to their injury list, namely that of Joao Cunha and influential attacker Mustapha Carayol, while midfield strongman Esteban Sachetti will miss the game through suspension.

Their coach Sofronis Avgousti does have players to plug the holes but a crucial Europa League tie against Eintracht Frankfurt set for next Thursday means that he will be unable to rest players.

However should Anorthosis perform as they have done in recent weeks Apollon will have few problems picking up the points even if they rest some players.

Anorthosis began the season full of high expectations but since their win against Doxa on the opening day, they have yet to win again losing three games, two of them at home.

Their new coach Jurgen Streppel knows he has a lot to do before he can get his team back on track especially as there seems to be a general players unrest at the club.

Anorthosis though do have players in their rank that would walk into any top first division side and should they perform anywhere close to their true abilities they can pose a serious threat to Apollon.

League leaders AEL travel to Larnaca to face AEK in what will be their biggest test so far.

Both teams have dropped just two points so far but AEL lead AEK by six points as their opponents have played two games less.
AEL exploits have surprised a few this season with their direct and no nonsense football with most of the credit going to their young coach Dusan Kerkez.

His counterpart at AEK, Antoni Iraola, was full of praise for the young Bosnian coach and said that his team needs to be at its very best if they are to pick up the three points.

Both sides will be able to field their strongest possible line-ups.

Yiannis Anastasiou, the newly appointed coach of Omonia, will be looking to put a stop to a miserable run by the Nicosia team that has seen them lose their last five games and are currently languishing in eighth place.

They face Ermis Aradippou, the team at the foot of the table, but if recent performances are anything to go by then this should be a closely-contested game.

The two teams that last defeated Omonia with ease, Pafos FC and Apoel, square off in Paphos in game that can go either way.