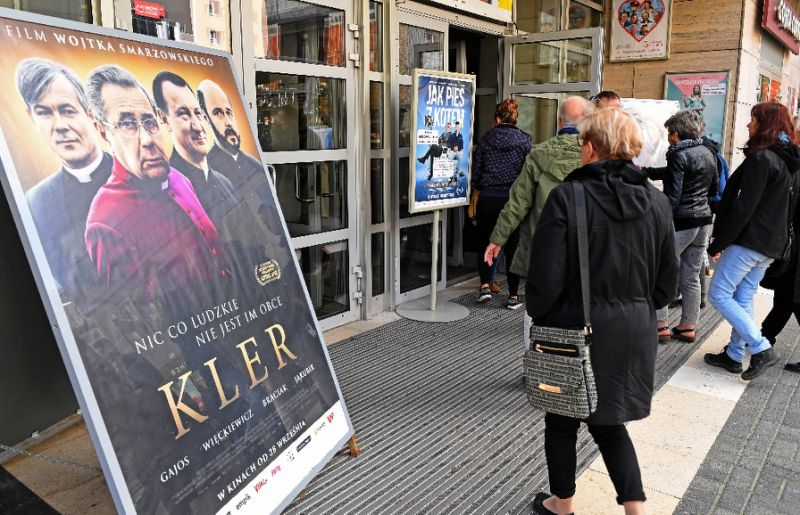 A US Grand Jury report released during August exposed more than 300 predator priests and uncovered over a thousand of their victims in Pennsylvania alone, resulting last month in the first ever subpoena to be served on a Catholic diocese in that American state.

The elephant in the Vatican underlying the problem of widespread sexual abuse and its cover-up by the hierarchy is its policy of celibacy, imposed by the flimsiest biblical authority. This tradition, invented by the church long after the Gospels recording the teachings of Christ were written, has made paedophiles of priests, bishops and cardinals. It can spell the beginning of the end of the Christian era. But is there a pontiff courageous enough to dare reverse it?

The western world seems finally to have let go of the values on which liberal democracy, and Christianity, was based.

Civilisations from early antiquity to the present had an underlying value system that focused people’s attention on specific codes of behaviour. In countries ranging from India and China to western civilisations, these values have most frequently been based on one or other religious belief system. Values such as honesty, truth, regard and support for the weak could arguably be traced back, in western countries, to the teachings of Christ on brotherly love.

As western man drifted away from the church which was meant to be the guardian of these values, the values themselves became de-valued –  but western society continued to drift along, linking governmental systems and practices to values inculcated over centuries, which made the rise of a liberal democracy possible. Professing Christians, supporters of other belief frameworks and atheists all seemed to realise that the existence of a democratic society rested on the assumption that, apart from one’s own rights, freedoms and privileges, one has responsibility to protect the rights of fellow citizens, and foster community well-being, in the interest of the common good.

The Crusades, the Inquisition and the so-called Schism of 1054 (between the Roman Catholic and the Eastern Orthodox churches), as well as the fragmentation following the Reformation, belie this regard for the central commandment of love Christ came to teach. Instead, disagreements often concerned matters such as at what age  someone should be baptised, was there an immaculate conception, are the miracles to be taken literally or metaphorically, what role should the Old Testament play in Christianity, etc. –  all of secondary importance compared to the essence of Christ’s message.

This past week, further fragmentation occurred when the Orthodox Church of Russia announced that it was breaking ties with the Ecumenical Patriarchate of Constantinople (Istanbul), which has primacy in Eastern Orthodoxy, because it had decided to give autonomy to the Ukrainian Orthodox Church. As in the case of the Anglican break-away from the Catholic Church under Henry VIII, the latest split is for reasons of politics that have nothing to do with the message of Christ.

But in spite of this abysmal record of human fallibility on which ‘the church’ was built, the institution has continued to exert wide influence and authority. Until recently.  In the Republic of Ireland, hitherto solidly Catholic, the cost of the Vatican’s inability to act decisively against perpetrators and prevent the further outrage of defending perpetrators, has led to the near destruction of the church, its authority and its morality.

In Poland, Europe’s most Catholic country, a new film, ‘Clergy’ has just been released. Much of the film focuses on one issue: clerical child abuse and its cover-up by the church. This highly critical movie was an instant smash hit in Polish cinemas. In its first week it was seen by 1.7 million people (out of a population of 38 million). Child abuse or paedophilia is a phenomenon that occurs in every segment of society, but the outrage of the viewers is based on the apparent cover-up by bishops, cardinals and other senior figures of the church.

It was sad to read a recent article in the press by a former member of the Catholic Church who could no longer justify his continuing support of the church to his children. He still subscribes to the tenets of Christianity, but no longer feels that the church can be seen as the guardian of high moral principles.

One of the most important achievements of the revolution that Christ brought to the traditional Jewish faith of His day was to free people from the unbearable load that was placed upon believers by the ‘church’ of His time – by the Pharisees and Sadducees, the scribes and priests, that made up the ruling council of the Hebrews, the Sanhedrin. With hundreds of laws and restrictions placed on the faithful, they forced people to obey the rules without heeding the essential message of neighbourly love – a message underlying all the monotheistic religions.

Humans evolved through a process based on basic instincts which were, and still are, necessary for our survival and well-being. One such instinct is the sex drive. By insisting on celibacy, an impossible burden is placed on young men and women who wish to serve their Lord. No wonder the church is struggling with what the Vatican calls a crisis in vocations – especially in Europe and North America. Worldwide, the number of priests is lower than in 1970, though the Catholic population has doubled.

The current disaster for the church comes at a crucial time in its history. The liberal, enlightened church in Europe and the rest of the western world is fast losing support and membership. Conversely, the church – Catholic or otherwise – has been growing rapidly in Africa, the Far East – particularly in China – and in South America. This growth has been fastest in fundamentalist circles (including the so-called Bible Belt in the USA and in many other Western countries), where social issues of an earlier time have been made the focal point of the theology. Issues such as the acceptance of women into the priesthood, acceptance of gay members into the clergy or even into the church, the sometimes violent stand against abortion, the support for demagogues and ultra-nationalist politicians, and the rejection and demonisation of all who disagree, have become the hallmark of such denominations. The basic demand of Christ’s theology, ‘Love your neighbour as yourself – including even your enemy’, has been completely forgotten.

Karen Armstrong has written extensively about the destructive effect fundamentalism of this nature has had, not only on the Christian church, but also on the mosque (think of the actions of Isis), on the synagogue (extreme positions taken against Palestinians and others) and even on the followers of Confucius’ theology of non-violence (a Saren gas attack in the Tokyo underground in the name of this non-violent religion).

Nowadays one reads frequently how the erosion of truth through ‘fake news’, and the rise of extremism on the back of anti-immigration and racist sentiments, exploited by politicians with the over-arching urge to be elected, have taken its toll. Basic value systems which guided society have been overturned by a destructive over-valuation of wealth as a sign of success, and the exploitation of the strong by the weak and the rich by the poor.

But the role the church, the temple, the synagogue and the mosque have played – and are playing – in this undoing process must not be underestimated.

Brexit and the troublesome Irish border

Gas a golden opportunity to work together