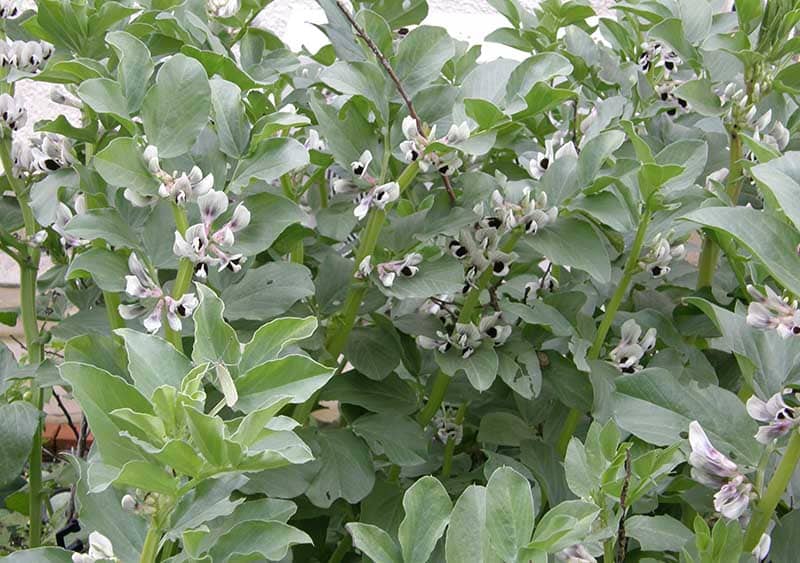 GARDENERS in Cyprus never cease to amaze me with what they are able to grow in their gardens here. On a recent garden visit, I discovered dragon fruit plants (pitahaya) growing in an open garden, something I had not seen before. These amazing fruits (above) from such wonderful short-lived, evening-scented flowers are generally fertilised by moths or bats, as the flowers are only open in the evening. If grown in pots where they are unlikely to be fertilised this way, then a fine artist’s brush would help to spread the pollen, as they do not need pollen from another plant in order to produce fruits. The fruits are regarded as ‘super foods’, and are sometimes available in greengrocers here. They are low in calories, but high in vitamins and minerals.

Their botanical name is Hylocereus undatus and it is likely that these plants started life in the West Indies and right through the north of South America. They are sprawling terrestrial or epiphytic members of the cactus and succulent family. Epiphyllum, from the Greek, meaning ‘upon the leaf’, can be grown in the ground or in leaf litter on the branches of trees. The stems are broad and flat and have lobed edges and showy tubular flowers. They are fairly low maintenance and like most members of the cacti and succulent family, the stem ends should be left to callous over before replanting in a new pot or in the ground. They require little watering, too much could cause root rot.

In the same garden were many olive trees (right), all heavily laden with fruits. The soil in Cyprus gardens can be sandy and free-draining near the coast or red clay soil, as in the red villages where potatoes are king, but this garden, so near to the coast, had clay soil and yet the trees were laden with olives. So what sort of growing conditions do olives need?

They prefer moderately fine textured soils, including different kinds of loam, which will provide aeration at root level and have a high water-holding capacity. Sandy soils do not have good nutrients or water-holding capacities. Olive trees are shallow rooted and do not require very deep soils to produce well, but they need a subtropical climate such as we have here in coastal areas of Cyprus and grow best in areas with mild winters and long, warm, and dry summers. They do not grow well in cold environments. Winter temperatures below 5ºC will kill some trees, but my olive tree here at 300 metres elevation, survived minus 2C in a very cold part of the garden and lived to tell the tale! Damage can also be caused if there are very low temperatures during bloom time and again later in the year, before the olives are harvested and too much summer rainfall can cause fungal and bacterial infestations! Although olive trees are non-deciduous, they do require a cold period to go into semi-dormancy. The only drawback to growing them seems to be for people who are allergic to olive pollen, so if that is a problem for you it is not a good idea to be growing them near the house.

Plant of the month Leonotis leonorus

LEONOTIS leonorus is an attractive medium-sized shrub that grows well in gardens here belonging to the same family as mint. It is another introduction from South Africa with the common names of Lion’s Ear, Devil’s Tobacco, Cape Hemp and Minaret Flower, depending in which part of Africa it is grown.

The medium-dark green leaves are aromatic when crushed. The dried leaves of the wild form of the plant are still widely used in traditional medicines in Africa to treat fevers, headaches, coughs, dysentery and many other conditions. 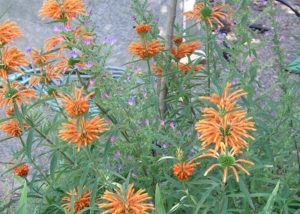 Grown in the garden it is also thought to keep snakes away, but if that doesn’t work, it can be used as a remedy for snake bites!

This plant has tubular orange flowers in tiered whorls, encircling the square stems. The striking orange flowers rise above the foliage during the summer season, with flowering sometimes continuing into late autumn. The fresh green stems of this excellent shrub soon turn woody, so that in winter they should be to cut right down to about 5 or 6 cms, which will encourage bright new growth to appear in the spring. Its whorls of bright orange flowers open later than other shrubs, around June, and flower for several months.

It is a very hardy and drought resistant shrub and can even put up with some low night temperatures in winter, making it ideal for those who live inland. Leonotis is extremely easy to propagate from green cuttings or by seed, which can be extracted from the whorls, by shaking.

Things to do in the garden this month

THE heavy rain we had in the middle of last month certainly brought many things to life in my garden and I had a pleasant surprise when I looked over some flower beds the other day to find that my nerines had thrown up flower stems, and I can’t wait for the full beauty of their rich flowers to open.

Generally in northern Europe, nerines (below) flower at the end of summer, but mine hang on well into this month before sharing their beauty with everyone. This plant hails from South Africa and belongs to the Amaryllidaceae family, whilst in another bed, bulbs of Sternbergia lutea, also from the same family, shot up and gave me much pleasure watching these crocus-like plants show off their pretty golden flowers, until the heavy storms mid-month! So, whilst the rest of the garden is winding down for the coming winter, I can still enjoy delights such as these. 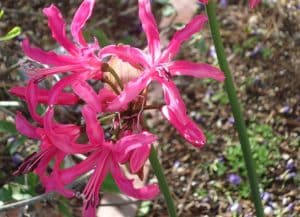 If you want amaryllis to flower for Christmas, then you should plant new bulbs now. Place them in a peaty compost with their neck and shoulders above the soil. You will be amazed at their rapid growth. If last year’s amaryllis bulbs are still resting don’t start to water or liquid feed them until the end of the month as they need a good three months dormancy. Once the leaves have turned brown, then carefully remove them. Plant Paperwhites now but leave their noses above the soil and don’t let them touch each other in the bowl or pot.

I have just finished planting out my freesia bed and look forward to a dazzling display in the spring. Of course, first having dug over the area and added in some bagged compost to enrich the very fine soil, I am now having trouble with the local cats! I had to resolve this problem a few years ago by putting in stakes surrounded by green netting to stop them digging up my plants. I don’t like the effect, as it doesn’t look like a garden, but it is the only way to keep them off the soil.

New growth is fast appearing everywhere and some plants need an autumn feed to encourage this growth. It is also a good time to sort out your potted plants and re-pot those that have outgrown their pots. Living amongst pine trees as I do, lots of pine needles litter our garden and the tops of pots. As pine needles break down, they slightly acidify the soil, making them an excellent landscaping mulch for acid-loving plants, like camellias, azaleas, hydrangeas, fuchsias, gardenias and ferns. However they break down more slowly than other organic matter in a compost pile even when the pile is hot, so I leave them out. Using them as kindling on a wood fire indoors is as good a way as any of making use of them.

It’s ‘tidy time’ in the garden, so clear up around old pots and plant trays and get rid of any dormant snails, which tend to lurk under the rims of pots and beneath plant saucers. When the rainy season starts properly they will awaken from their summer sleep and be ravenously hungry! Seed potatoes are not available here, but you can grow your own if you have the space. As the potatoes start to throw out shoots in your veggie baskets, then there is just time to plant them in the garden in order to have fresh new potatoes in the New Year. It’s best to just keep one ‘eye’ in order for the plant to concentrate its growth there. Broad beans, which grow so well here, may need some staking to protect them from the strong winds and heavy rain hopefully to come. Pinching out the tops will encourage more shoots from the base of the plant and more beans to harvest later on. If your garden doesn’t get too cold, then you could still grow a few salad crops as well.

As temperatures continue to drop, move more tender plants into protected areas and wrap them in straw or some of that green material sold by garden centres and builders’ merchants, leaving air to circulate around the plant.

What makes you happy?