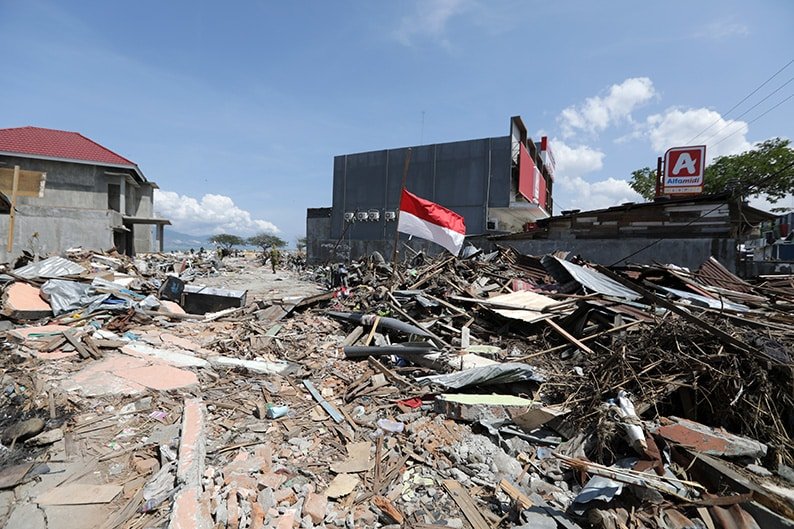 Cyprus has made arrangements to receive timely warning in cases of tsunamis, authorities said on Monday.

Even though they are not as common in the Mediterranean as in other parts of the world, they are still a possibility, they said.

In its message to raise awareness on World Tsunami Awareness Day, marked on November 5, the Geological Survey Department, said that there have been tsunamis in Cyprus in the past.

The last recorded tsunami in Cyprus was in 1953, on the southwest coast of Paphos. It was a small, under one metre, and caused no damage, the Geologic Survey Department said. There are historical reports of real tsunami disasters in Cyprus in 1202, 1222 and 1303.

In the largest known tsunami in the Mediterranean, waves reached 15 metres on the Greek island of Amorgos following the 7.5-magnitude earthquake of July 1956.

“The risk of tsunamis in the Mediterranean is smaller than in the Pacific and Indian Oceans, but it is real,” the department said.

Cyprus, being aware of the consequences that could result from a tsunami, it said, set up in 2016 a national committee to participate in the Early Warning System for Tsunami in the Mediterranean and North Atlantic. The national committee is coordinated by the Geological Survey Department.

Four certified centres for tsunami warning and information are currently operating in the region, particularly in Italy, France, Turkey and Greece. “If tsunamis are detected from these centres, automatically, alerts are sent to member states of the system.”

These notifications are received from the local tsunami notification points, which in the case of Cyprus is the Civil Defence, which if necessary will trigger the relevant national disaster response plans.

It also said that despite measures, the public ought to be in a position to recognise natural warning signs for a tsunami, such as a strong earthquake and/or a change in sea level.

“The effectiveness of any early warning system ultimately depends on the degree of information and training of the population so as to be aware of the risks and potential impacts of a tsunami,” it said.

November 5 was designated as World Tsunami Awareness Day in 2015 by the United Nations Office for Disaster Risk Reduction (UNISDR), calling on countries, international bodies and civil society to observe the day to raise tsunami awareness and share innovative approaches to risk reduction.

The date for the annual celebration was chosen in honour of the Japanese story of “Inamura-no-hi”, meaning the “burning of the rice sheaves”, when, during an earthquake in 1854, a farmer saw the tide receding, a sign of a looming tsunami. He set fire to his entire harvest to warn villagers, who fled to high ground. Afterwards, he built an embankment and planted trees as a buffer against future waves.