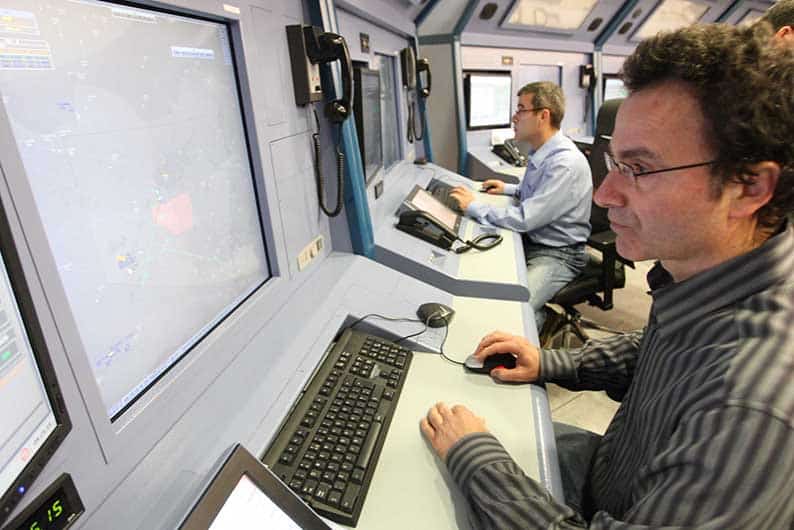 Air traffic controllers said on Monday they could no longer be responsible for safely managing the growing number of incoming and outcoming flights because of staff shortages.

“We are struggling daily not to have an aircraft crash in the flight information region of Nicosia due to tragic staff shortages,” their unions announced.

“We have reached a point where we can no longer bear the burden of responsibility.”

The air traffic control unions call for a long-term strategy involving all stakeholders, pointing out that the number of aircraft are rising at a higher rate than the number of people employed to control them.

They also blame insufficient buildings and problems with the technological infrastructure.

In their announcement, unions Paseek and Seekk said a state-owned air navigation company should be created without further delay and called on President Nicos Anastasiades to intervene and the attorney-general to examine the case.

The unions believe Cyprus is lagging behind other European countries in terms of air navigation services.

“Although Eurocontrol studies show that Cypriot air traffic controller productivity is among the highest in Europe, the cost of employment is one of the lowest.”

In Cyprus, they said, there is no plan, no strategy, no objectives and no investment, and the charges to airlines is the fourth lowest in 41 European countries.

“Millions of euros that could be invested every year in the Cypriot economy are lost and, among others,  the many Turkish airlines that fly daily in the Nicosia flight region benefit from this,” they noted.

While many of them control 1,000 to 1,500 flights from a very inadequate room in a Cyta building in Athalassa avenue in Nicosia “our colleagues are also facing great difficulties in the control towers at Larnaca and Paphos airports.”

A number of employees have already left because of the constant pressure and poor working conditions, the unions concluded, something that further contributes to aggravating the situation.

Transport Minister Vassiliki Anastasiadou in August acknowledged the problems with the existing offices. On August 2 she said that procedures will be launched soon to move air traffic control services to a new building in Kokkinotrimithia, close to Nicosia, and to acquire the necessary equipment.

“Officials deserve every praise, as well as the right space and equipment,” she said during a visit to the Nicosia offices at the time.