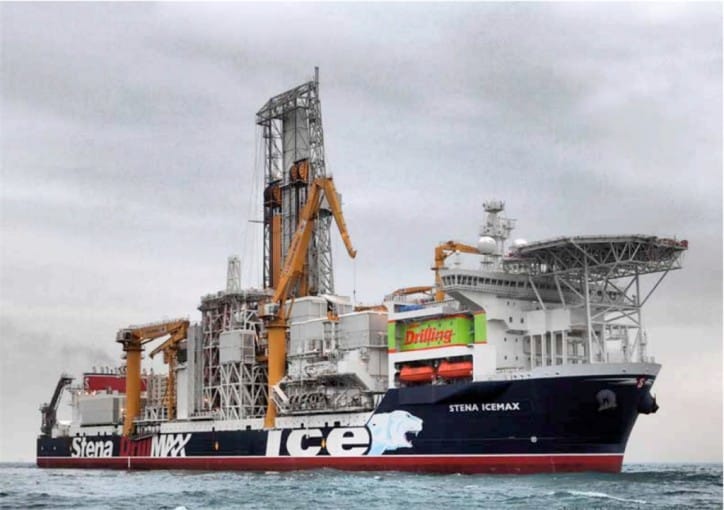 As a drillship continued on its journey to Cyprus on Monday, Turkey was again warning its neighbours that it will defend its interests in hydrocarbons resources in the eastern Mediterranean.

Late in the afternoon the Stena IceMax drillship, leased by ExxonMobil, was clearing the southern coast of Spain. Its destination is Limassol, where it is expected to arrive on November 12.

The vessel will be carrying out two back-to-back exploratory drills in Cyprus’ offshore block 10, licensed to Exxon. The first target site has been dubbed ‘Delphinos’.

Built in 2012 at Samsung Heavy Industries shipyard, the Stena IceMax is a dual-mast drillship capable of drilling in water depths up to 10,000ft (3050m).

Cypriot authorities have meanwhile issued a Navtex, or marine advisory reserving an area around the drilling sites. The Navtex runs from November 10 to February 25, 2019.

Turkey, which does not recognise the Republic of Cyprus, has repeatedly warned the latter against extracting hydrocarbons without taking into account the Turkish Cypriots on the island.

Over the weekend, Turkish President Tayyip Erdogan said his nation would never allow “attempts at extorting natural resources in the eastern Mediterranean by excluding us and the Turkish Republic of Northern Cyprus”.

Speaking at a delivery ceremony for a Turkish warship, Erdogan said that those who thought they could take steps contrary to Turkey in the eastern Mediterranean or the Aegean have started to realise they made a “huge” mistake.

“We do not have an eye on countries’ rights, laws and territories. We only protect the rights of our country and brothers,” he added.

“Just like we let the terrorists in Syria have it, we will not allow the thugs in the seas to run free,” Erdogan said.

His remarks were understood as being directed at both Cyprus and Greece. Turkey and Greece have established a de facto moratorium on Aegean exploration, although politicians on both sides have at times made belligerent statements.

Responding to Erdogan on Monday, Greece’s defence minister Panos Kammenos said the international community is fully aware which nation is playing by the rules.

“We all know who the pirates of the Aegean are,” Kammenos said during a memorial service honouring the Greek navy.

“Greece is provoking no one, but neither shall we retreat a single millimetre. The borders of Greece are the EU’s borders as well.

“Let me recommend to all sides that they should focus on the prosperity of their respective peoples. This prosperity will come when we are able to make use of, with respect to international law, the subsea wealth which each country possesses, particularly at a time when the southeastern Mediterranean is becoming an energy centre.”

Will parliament back PM May?