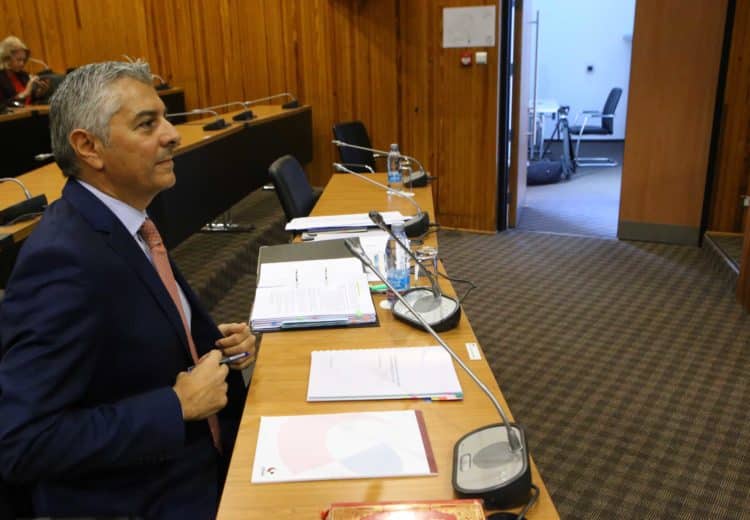 The former CEO of the Cyprus Cooperative Bank (CCB) Nicolas Hadjiyiannis on Tuesday denied landing a job with the organisation solely because of his personal connections.

Hadjiyiannis served as divisional manager at Bank of Cyprus before being hired as chairman of the CCB in November 2013. In December 2015 he was appointed CEO of the Co-op.

He told the panel investigating the demise of the Co-op that his appointment to the CCB in 2013 came about after a certain political party tapped him for the job, for which he had expressed an interest.

Though he did not name the party, it’s understood he was referring to ruling Disy.

In his four-hour testimony, Hadjiyiannis spelled out what is common knowledge, namely that political parties had a say in who got appointed to the CCB after it was nationalised in 2013.

He said parties would be asked to nominate individuals, with the names going to the cabinet. Later, the finance ministry would make a formal proposal to parliament, which ratified appointments following vetting carried out by the central bank.

This, however, did not mean that the nominees’ sole merit was their party affiliation.

But, Hadjiyiannis recalled, of the nine members of the CCB board at the time, only one was not proposed by a party.

The former executive conceded that he was friends with Finance Minister Harris Georgiades, whom he knew from his college days as well as from the English School high school in Nicosia.

“We have friendly relations, which have been demonised, they have become a burden for both of us,” he said.

But, he insisted, friendship was one thing, and business another.

Hadjyiannis said that he is currently on a contract with Sedipes, the asset management company set up to dispose of the defunct CCB’s residual assets.

He is expected to terminate his employment by the end of the month.

The chairman of the inquiry Giorgos Aresti cited a report compiled by the central bank – the regulator of the CCB – which described the 2014 purchase of a new car for Hadjiyiannis as unnecessary and wasteful, particularly at a time when the Co-op was being propped up by the taxpayer.

In his defence, Hadjiyiannis said all chairmen at large banks have a service car, which in his case was deemed necessary because of his extensive duties.

The former executive was also asked about a memo from the auditor-general, according to which two individuals were hired to assist Hadjiyiannis – one on €55,000 per annum, and the other person (a personal assistant) on €22,000.

The two individuals were ostensibly hired for the purpose of forging strategy. However, as the auditor-general pointed out, this was gratuitous as the bank’s strategy was explicitly set out in the restructuring plan for the CCB.

On regulators’ concerns over lax corporate governance at the Co-op, the former CEO said these were unfounded, given that non-performing loans were dropping while new loans had a default rate of just 1 per cent.

But the balance sheet deteriorated when European banking authorities revised the criteria for loan provisions, essentially wiping out the value of collateral for primary residences.

During Tuesday’s proceedings, it emerged that two disciplinary procedures had been carried out against Hadjiyiannis prior to his appointment, including one for harassing a referee before a football game.

The inquiry heard that the first case concerned the violation of capital controls imposed after the island’s messy bailout deal in 2013. It related to the payment of four cheques worth around €300,000 on behalf of a law firm while he was at Laiki Bank.

Hadjiyiannis had also approved payment of €6,000 by the same law firm.

The reason for the second disciplinary procedure was because he had harassed a referee before a football game in 2011 using his office telephone. No other details were immediately available.

Hadjiyiannis, according to the panel, had been reprimanded in the second instance.

The former CEO suggested that the issue with the disciplinary probes was raised in 2015, when he was going to be appointed, in a bid to hurt the Co-op bank.

Of the first procedure, he said it concluded without there being a penalty before he had left Bank of Cyprus – which absorbed certain Laiki operations – to join the Co-op months later.

It had taken the European supervisor a few months to approve the appointment in December 2015.
Hadjiyiannis will continue testifying on Wednesday.

What does Remembrance Day mean in Cyprus?