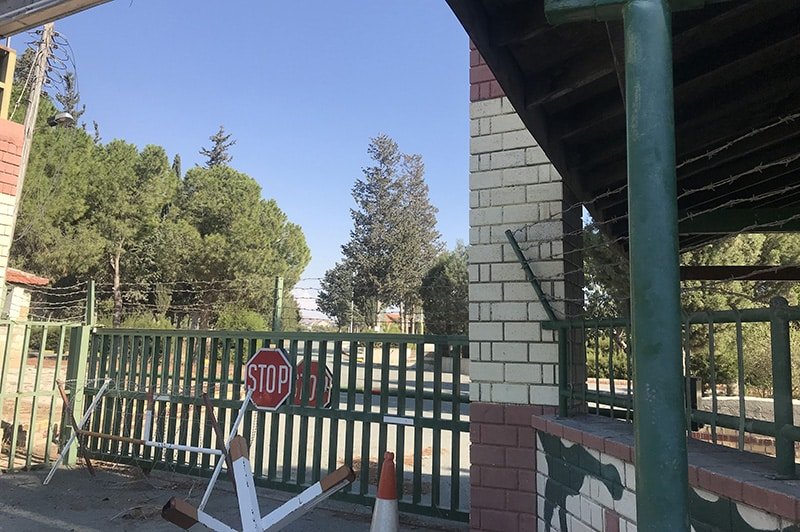 Residents of Zygi and nearby villages obstructed workers from the department of public works from conducting a record of the buildings located in an abandoned military camp in the area on Tuesday which is set to host a centre for unaccompanied children of refugees arriving in Cyprus.

The residents have been up in arms against the government’s decision to house the centre in the area since August, claiming that they were not asked and expressing concern over the possibility that the migrant children will inevitably attend the local school, as well as vowing to fight the decision with all means at their disposal.

“Over our dead bodies,” Zygi community leader Georgia Michail wrote on the village council’s Facebook page in August. “We will close roads, we won’t let anyone enter the barracks.”

The latest outburst occurred at around 9am on Tuesday morning, when employees of the department of public works arrived at the Charilaou Michael military camp to record the buildings on the property and to evaluate their condition.

Once Zygi residents realised the workers were there, they arrived at the scene and began quarrelling with them, until around 40-50 local residents had gathered.

A number of locals also gathered outside the police station where the workers resolved to go following the dispute.

The department of public works employees decided to halt the work they were scheduled to conduct and to leave the village after which 15 policemen from the Zygi and Larnaca police stations arrived at the former military camp and managed to calm the villagers down.

Before dispersing, a delegation of the right-wing party Elam, including party spokesperson Geadis Geadi, arrived at the scene and talked with the Zygi residents as well as the department of public works employees.

The locals dispersed at around 10.30am, leaving a community council car in the entrance of the camp to prevent anyone from entering.

For safety purposes, since locals had gathered on a main road, the police had shut off a portion of the road at the entrance of the village at 9.30am for around one hour.

Michail said she will holding a press conference on Wednesday to provide a detailed account of the events.

In August, the labour ministry said the creation of the centre was “absolutely necessary” so that Cyprus can provide unaccompanied children who arrive because of the war in the region with essentials.

The cost of construction, €1.5m, and the €925,000 in annual operating costs will be picked up by the Council of Europe Development Bank, European Economic Area grants, and Norway.

EU could impose sanctions if no deal with Italy