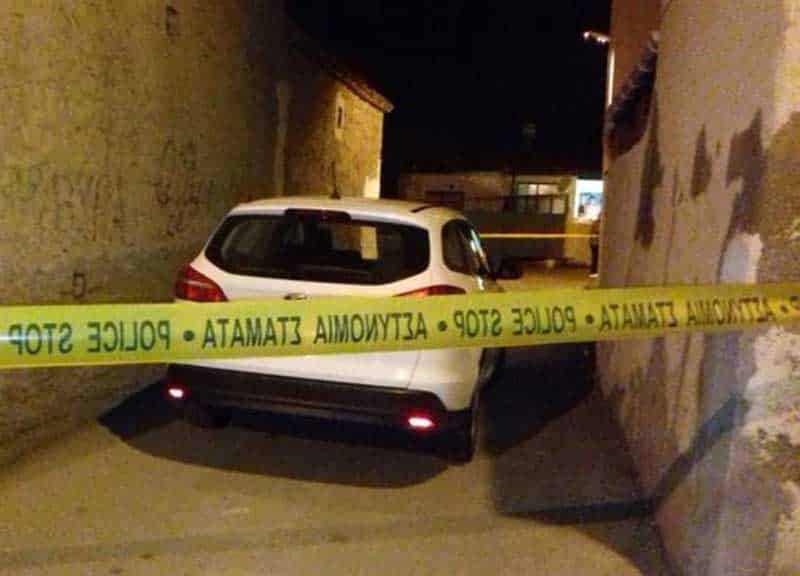 A 13-year-old boy who allegedly killed his nine-year-old sister after stabbing her 15 times on Tuesday afternoon in Larnaca has been admitted to the Athalassa psychiatric hospital in Nicosia, it emerged on Wednesday.

Police would not confirm the reports and said they would not make any statements concerning the case owing to its sensitivity. The competent state services have been notified, police said. As the boy is under 14, according to the law he cannot be held criminally responsible and therefore cannot be arrested.

The boy reportedly stabbed his nine-year-old sister during an argument with a kitchen knife. A post mortem has revealed the little girl was stabbed 15 times, four of the stab wounds were to vital organs.

According to the Cyprus News Agency (CNA), the 13-year-old admitted to the crime.

After giving a testimony to the police on Tuesday, the 13-year-old was examined by a child psychiatrist. CNA said a compulsory hospitalisation order was issued and the boy was transferred to a specially designated area at the Athalassa psychiatric hospital. The boy reportedly suffers from psychological and behavioural problems.

The family was being monitored by the social welfare services.

The health ministry said on Wednesday that the boy is currently being monitored by a team from the mental health services for children and teenagers and that “a personalised care programme tailored to his personal needs is being implemented.”

A meeting is to take place within the next few days with the participation of all competent services and ministries to decide on further actions, it said.

Lawyer Yiannis Polychronis told the Cyprus Mail that as police could not arrest the boy, they sought to have him admitted to the psychiatric hospital as a way of keeping him detained.

“That is wrong. One must have a serious psychiatric issue to be admitted there,” he said.

He added that police had tried to do the same in the past for an underage client of his, who was over 14. At the time, he said, police had repeatedly tried to convince the court to issue a warrant for the admission of his client to the psychiatric hospital.

Polychronis also said that, as the family was being monitored by the social welfare services, officials ought to have been alert to any problems with the boy.

The social welfare services said that they were monitoring the family and will continue to offer their support, in cooperation with other state services, following an assessment of the boy’s situation.

But the incident also raises the issue of lack of appropriate detention centres for minors, over 14.

“There is a wing at the central prisons, but we still lack a young offenders institute,” Polychronis said.

He added that after repeated calls on the need for the creation of such facilities by the Children’s Rights Commissioner, the government put forward plans but there has been no progress.

The post mortem of the girl was carried out on Wednesday morning at the Larnaca general hospital by state pathologists Nicolas Charalambous and Sofoclis Sofocleous.

Police were alerted to the incident at around 5pm on Tuesday and upon their arrival at the family home in the Ayios Ioannis area of Larnaca found the girl with knife wounds. She was then taken by ambulance to Larnaca general where doctors pronounced her dead.

The two children were staying with their father after their parents’ separation. They have been living in the same Larnaca neighbourhood for the past three years. The family moved to Cyprus from Romania several years ago.

Neighbours said they heard the girl calling for help on Tuesday afternoon.

A neighbour told the Cyprus News Agency (CNA) on Tuesday that he was at home when he heard the father yelling and ran outside. “I saw the father carrying the girl outside,” he said, before he called the police and an ambulance.

“I touched the girl to check if she had a pulse, but she didn’t have one, and she started turning blue,” he told CNA.

While the father was trying to resuscitate the girl, he said, the boy sat outside in the yard.

Competition for young innovators and scientists