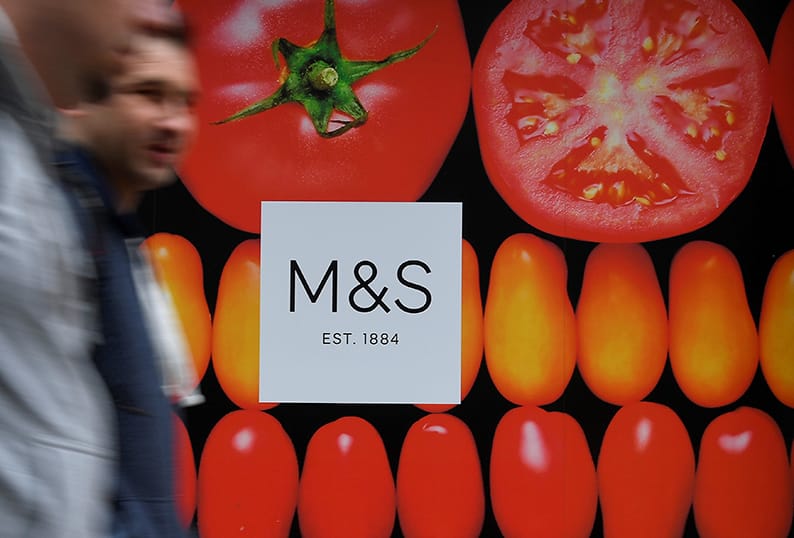 Marks & Spencer warned of an increasingly tough trading environment after disruption from the latest attempt to reinvent Britain’s most famous retailer dented first half sales and profit margins in both its food and clothing businesses.

After over a decade of failed turnaround programmes, the 134-year-old retailer is now targeting sustainable, profitable growth in three to five years by shutting its less-successful stores. It warned on Wednesday that sales were unlikely to improve any time soon.

“Trading conditions remain challenging and the headwinds from the growth of online competition and the march of the discounters remain strong in all our markets,” it said.

M&S’s latest turnaround plan was launched last November, two months after retail veteran Archie Norman joined as chairman to work alongside Steve Rowe, who has been with the company for almost three decades and became chief executive in 2016.

“The results are roughly what we expected them to be,” Norman told reporters.

Like other established retailers, M&S is trying to deal with the shift of clothing sales online along with unrelenting price competition from supermarkets and discounters.

Pressure on consumer spending, a shift in expenditure towards experiences and away from clothing, as well as unhelpful weather have also hampered revival efforts.

First half results showed M&S’s previously reliable food business was particularly weak, with like-for-like sales down 2.9 percent, below expectations of a 2 percent fall, and gross margin down 25 basis points.

“We’re still buying too many (clothing) lines, we’re too broad and too shallow – the result of that is we’ve not optimised the sales we could have had. We are letting customers down in terms of availability,” said Rowe, who last year poached Jill McDonald from Halfords to lead the business.

M&S’s latest plan is a five-year programme of store closures and relocations to cut excess selling space in its clothing business, moves to make the misfiring food business more competitive, along with increased technology and supply chain investment.

It is targeting 100 British store closures by 2022 as it strives to make at least a third of clothing and home sales online. It said it could close even more as it manages its property estate more actively. There have been 29 closures so far.

“We’re going bloody fast, trust me,” said Rowe, dismissing analysts’ concerns that the speed and magnitude of M&S’s plan will prove insufficient given how quickly and profoundly the UK retail market is changing.

“There is no stone unturned in the business,” he said.

Rowe dismissed any suggestion of tension between him and Norman, a hands-on chairman most famous for his revival of supermarket chain Asda in the 1990s.

“The relationship we’ve got and the way we’re working is first class,” he said.

Illustrating the extent of M&S’ decline, first-half profit in 2007 was 452 million pounds.

M&S has reported two straight years of profit decline. Analysts are forecasting a third when it posts 2018-19 results in May.

“Any path to recovery for M&S continues to look long and uncertain,” said analysts at Liberum.

“On the food side, we think investment in technology in stores is not going far enough. There are longer term pressures from the likes of Amazon-Go and the rise of takeaway platforms such as Just Eat and Deliveroo,” they said.

Vietnam to host Formula One race in Hanoi from 2020