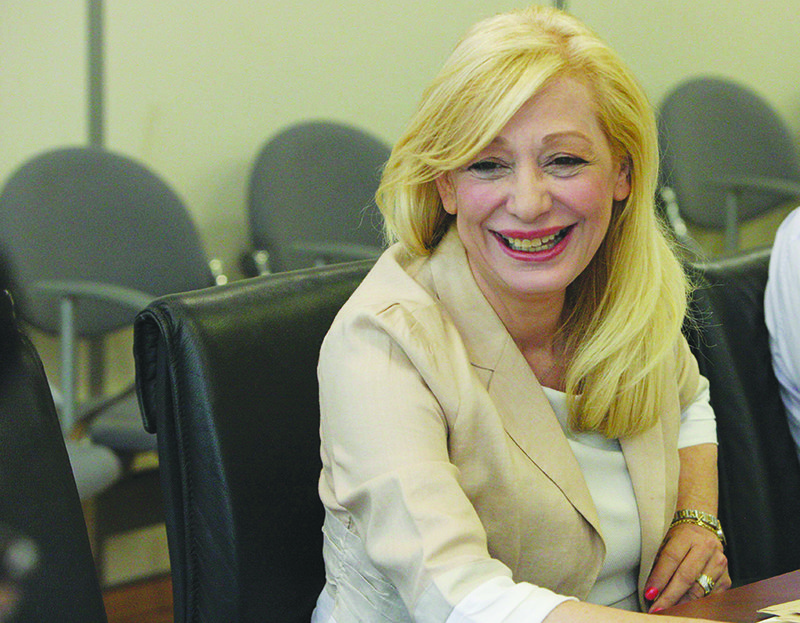 Beneficiaries of the guaranteed minimum income (GMI) scheme have fallen from 40,000 to 25,000, while Cyprus is among the EU member states with the fastest declining unemployment rate, Labour Minster Zeta Emilianidou said on Thursday.

The government’s goal with regards to GMI beneficiaries is that people do not remain dependent on benefits but are integrated into the labour market, Emilianidou told the House finance committee at a meeting to discuss her ministry’s budget for the next three years.

“The priority of the government’s policies is to keep the economy on a path of sustainable growth that allows for a recovery in the labour market, restoring the economy to full employment, and protecting vulnerable groups from poverty and social exclusion,” the minister said.

In view of this, the ministry is also working towards restructuring social welfare services, Emilianidou said, as by the end of 2018 the ministry will engage in a dialogue with all parties to ensure that the institution acquires a more human-centred approach which can help the vulnerable groups.

Regarding unemployment, Emilianidou said that the current rate is 7.3 per cent or 20,000 persons, while the government’s goal is to see unemployment fall below 5 per cent.

Cyprus has been undergoing a steady reduction in unemployment for 54 months in a row, Emilianidou said, adding that Cyprus is among the EU countries that are experiencing a rapid decline in unemployment.

“When conditions of full employment are achieved, we can then move on to implement the national minimum wage,” the minister said, adding that the International Labour Oganisation (ILO) and the EU have been asked to provide workshops and to undertake studies on how the minimum wage must be applied in Cyprus, with the first workshop to take place in March next year.

Improving conditions in the Cyprus labour market have also brought about a reversal of the flows of Cypriots moving to other countries for work “as most of those who left are now returning,” Emilianidou said.

Following the meeting, Emilianidou added that in terms of her ministry’s budget, 93 per cent goes to social benefits, such as the GMI and various other allowances that make up the state’s social policy.