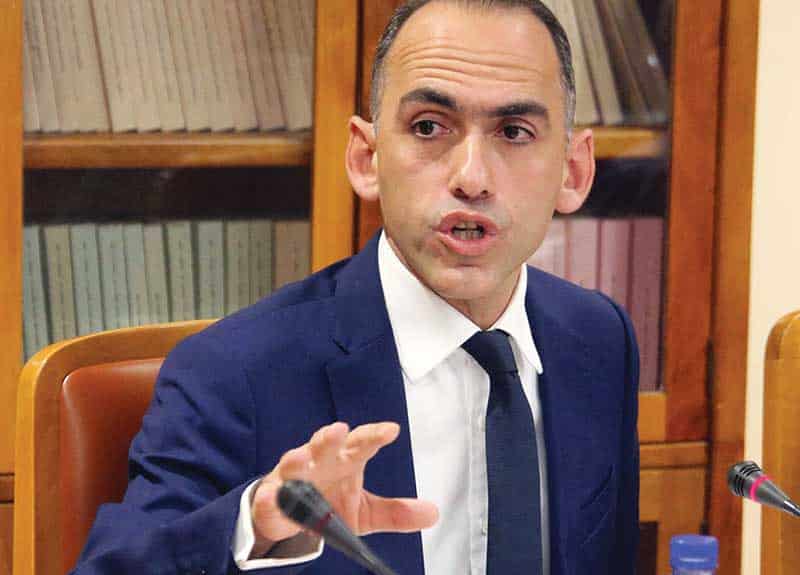 MPS on Thursday lashed out at Finance Minister Harris Georgiades, who told the House watchdog committee that if it were up to him he would close down even more Cooperative Bank branches.

The minister was invited to the meeting on the closure by Hellenic Bank, that took control of the operations of the now defunct Cyprus Cooperative Bank (CCB), of a large number of the latter’s branches. The lender acquired earlier this year certain assets and liabilities of the Co-op.

The committee discussed the problems this decision caused, mainly to communities.

Committee head Diko MP Zacharias Koulias said Georgiades has shown his true colours as “he boldly stood before the committee and said if it were up to him, he would close even more (Co-Op) bank branches.

“Georgiades is more of a banker than a government minister,” Koulias said, adding that Hellenic Bank showed a greater understanding of the problems of citizens than the government did.

Unless the minister reconsiders his position, Koulias said, “the president ought to put him in his place.”

He added that the closure of Co-op branches was a “catastrophic development” for the country and caused great problems, especially to the farming world.

Opposition MPs were enraged by Georgiades’ refusal to intervene so that Hellenic would re-open the around 100 branches it closed down.

He said that bank branches in general are too many compared to the size of the population and that if it were up to him, he would close even more. That, however, was not up to the government.

Georgiades said the CCB operated regardless of cost and that of the around 850 bank branches in 2012, almost half were Co-op.

Akel MP Stefanos Stefanou said that Georgiades’ reply to their request that the government intervene to resolve the problems faced by thousands due to the closing down of branches was “cynical and provocative.”

The government, he said, has proven once more that “it is crueller than banks.”

On the one hand, he said, the government “made a bad deal selling the CCB with a state subsidy to a private bank, and on the other hand it does not care if problems have arisen.”

A representative of Hellenic Bank said the closure of Co-op branches was not random, but based on studies.

The first mobile banking unit of Hellenic is to start operations next week, and is to cover 12 communities. It will reportedly cover areas in the rural areas of the Famagusta district, and mountainous areas of Larnaca and Limassol.

The decision to close down Co-Op branches, has led to a number of protests by communities.

400 buffalo drown after stampede into river between Botswana and Namibia