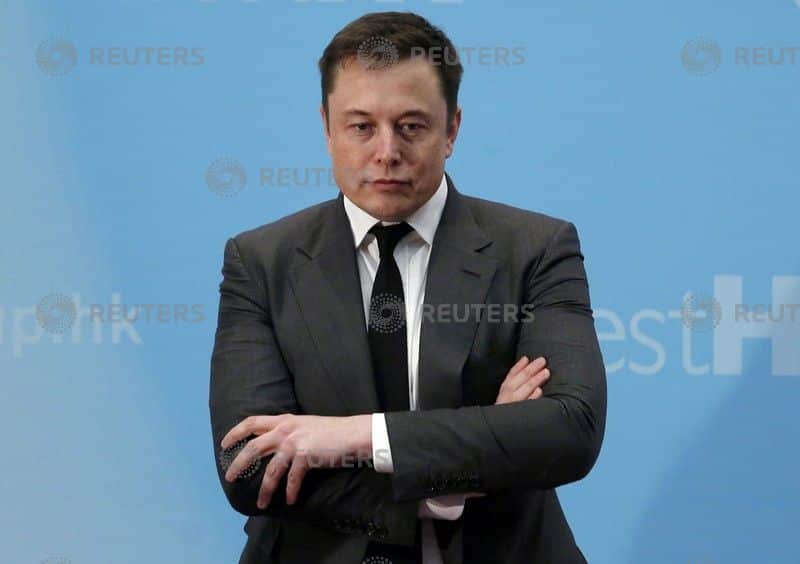 Tesla Chief Executive Elon Musk stands on the podium as he attends a forum on startups in Hong Kong, China in this file photo

Tesla Inc said board member Robyn Denholm will replace Elon Musk as its chair, more than a month after the billionaire had to step down as the electric-car maker’s chairman as part of a settlement with US regulators.

Tesla had until Nov 13 to name an independent board chairman under its agreement with the Securities and Exchange Commission, which said Musk’s tweets about taking the company private were fraudulent and that the billionaire should quit as chairman but could retain his role as CEO.

Musk, who has been on Tesla‘s board since 2004, tweeted in August he was considering taking the company private for $420 per share and had secured funding for a deal that was later scuttled but attracted scrutiny from several government agencies.

The appointment of Denholm caps months of turbulence for the company and its stock as investors called for stronger oversight of Musk, whose erratic public behavior raised concerns about his ability to steer the company through a rocky phase of growth.

Denholm is currently chief financial officer at Australian telecoms operator Telstra Corp Ltd and has been an independent director on Tesla‘s nine-member board since 2014.

Denholm takes over as Tesla‘s chair immediately and will leave her role as CFO and head of strategy at Telstra once her six-month notice period with the company is complete, Tesla said  late on Wednesday. She was appointed as Telstra’s CFO in July.

Tesla said Denholm, one of the two women on its board, will serve as chair on a full-time basis and will temporarily step down as chair of the company’s audit committee until she leaves Telstra.

“Would like to thank Robyn for joining the team. Great respect. Very much look forward to working together,” Musk tweeted early on Thursday.

The Financial Times had in October reported that outgoing Twenty-First Century Fox Inc Chief Executive James Murdoch was the lead candidate for the job, citing two people briefed on discussions. Musk later tweeted that this was “incorrect.”

Murdoch is also an independent director on Tesla‘s board.

The carmaker last month quieted some critics after it reported a net profit and positive cash flow in the third quarter as higher production volumes of its crucial Model 3 sedan began to pay off, delivering on Musk’s promise to turn the company profitable.

A Tesla spokeswoman said Denholm would receive an annual cash retainer of $300,000 and 8,000 stock options annually.

Paphos air base on public display in honour of patron saint

Child stabbing suspect ‘a victim of an indifferent system’