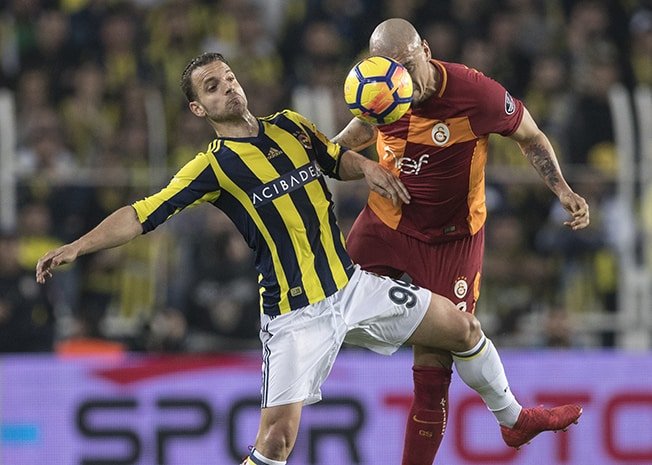 Players and officials from Galatasaray, including coach Fatih Terim, and Fenerbahce were suspended for up to eight matches by the Turkish FA’s disciplinary board (PFDK) after a mass brawl broke out at the end of last Friday’s Super League fixture.

Members of both teams were seen exchanging blows after they ran on to the pitch following the 2-2 draw, while sections of the crowd hurled abuse and booed from the stands.

The PFDK handed Terim a seven-match ban for insulting the referee and for comments he made in the post-match news conference.

The most severe penalty was handed out to the team’s trainer, Hasan Sas, who was banned for eight matches for attacking members of the rival team.

Fenerbahce striker Soldado and midfielder Jailson were suspended for six and eight games respectively for the same reason.

Both teams were also fined, the PFDK said.