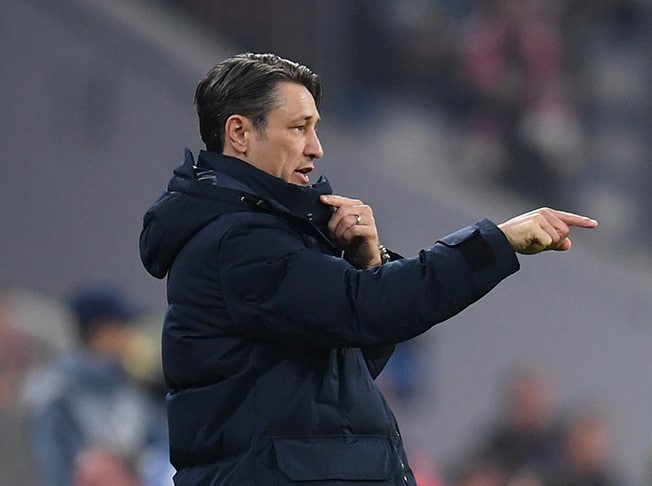 Bayern have yet to light up the league with their performances under Kovac this season and have dropped to third place, four points off Dortmund.

Defeat in the Ruhr valley on Saturday would leave Bayern, who have won the last six league titles in dominant fashion, seven points off the top and put Kovac’s future in Munich in serious doubt.

“It is clear that Dortmund are the favourites,” Kovac told a news conference. “They are the leaders, they are four points ahead of us and it is us who have to chase them. Seven points would be a lot, one point would be a little.”

Kovac praised Dortmund, who have lost just once in all competitions this season and are still unbeaten in the league but said he felt no pressure on his own position.

“I think Dortmund have a lot of strengths and very few weaknesses at the moment,” he said. “The weaknesses are so small we had to look for them with the magnifying glass.”

Dortmund have scored 30 goals in 10 league games, the highest in the Bundesliga this season, while their backline is the second meanest in terms of goals conceded.

Kovac could be without Arjen Robben, with the Dutch winger nursing a knee injury.

“Arjen still has a problem with the knee. I cannot say (if he can play) yet,” Kovac said. “Otherwise everyone else is fit.”

The Croat, who took over this season, has been facing mounting criticism, with Bayern stuttering in domestic competitions.

“Maybe our performances after the first few matches have not been like Dortmund’s but we will try to play our game,” he said.

“There is a lot at stake for us and we want to cut the gap, not extend it. There is a lot of talk about pressure but I feel no pressure, believe me,” Kovac said.

“Excitement and adrenaline yes, but I do not feel any pressure or fear.”

Cyprus has the lowest birth rate in the world (Updated)

Lukaku back training ahead of derby day