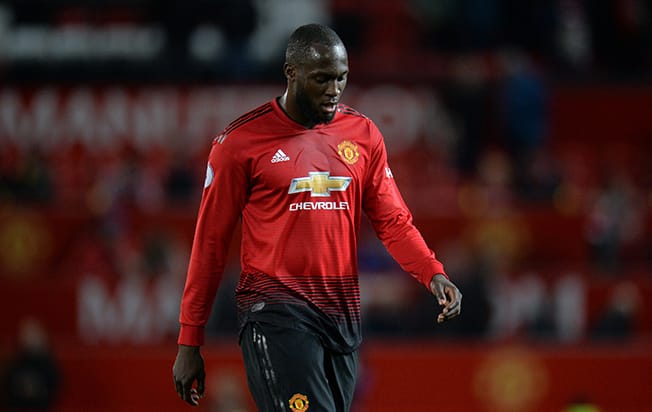 Lukaku, who has scored four goals for United this season, missed Wednesday’s 2-1 win at Juventus in the Champions League as well as last weekend’s 2-1 Premier League victory over Bournemouth.

The Belgium international will return to the squad when they visit local rivals Manchester City if he comes through training without incident.

“Lukaku is training with the team this morning,” Mourinho told a news conference. “If the answer is positive — and we have of course one more session tomorrow — he is ready.”

Defending champions City are two points clear at the top of the league and nine ahead of seventh-placed United, who won last season’s corresponding fixture 3-2.

Mourinho, however, does not want to dwell on the gap between the teams, preferring to look on the fixture as a means to continue his side’s positive momentum.

“If we draw (the gap) is nine (points) and if we lose, it’s 12,” he said. “I don’t think that’s the way to look at the match. It is difficult enough being an isolated event.

“If you want to put the match into the context of where we are and where we can be, it becomes even more difficult.”

One thing the manager is pleased with is his team’s willingness to fight until the end.

United’s ability to snatch late goals under former manager Alex Ferguson was one their most potent weapons, an ability they have not managed to display with any sort of regularity since the Scot retired.

Mourinho’s side seem to have rediscovered that knack in recent games, scoring an injury-time winner against Bournemouth and forcing a late Juventus own goal in Turin. Yet they have also fallen into the habit of going behind in matches.

“We are not a team that gives up,” Mourinho said. “We’re a team that always finds a way to fight back… (but) if we keep conceding goals before the opponent we will arrive at the day where we cannot come back so we have to make sure we grow up.”

Keeping City’s attack at bay will be the hardest test Mourinho’s defence has faced this season. The league leaders have scored six goals in each of their last two matches.

Bayern boss comfortable with being underdogs against Dortmund