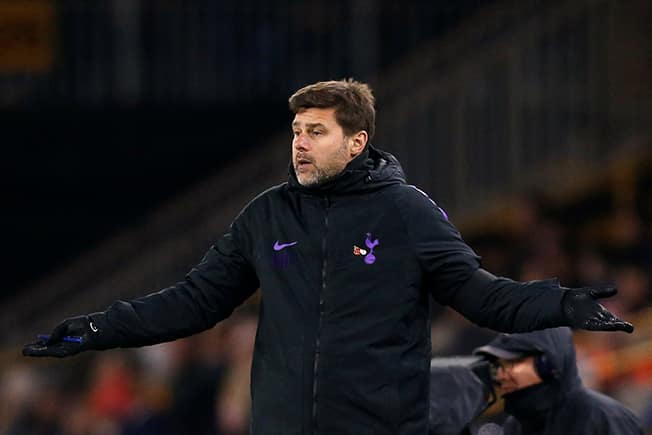 Real sacked coach Julen Lopetegui last week and Pochettino’s recent statement that he had his “worst feeling” at Tottenham in his four-and-a-half years at the club fuelled rumours that he could soon be on his way to Spain.

On Thursday, the Argentine said he had no interest in the Real job and also attempted to dispel the notion that he was unhappy about the delay in the completion of Spurs’ new stadium.

“Our fans need to know that I am focused in Tottenham, working so hard to help the club achieve what we want,” Pochettino told a news conference ahead of Saturday’s trip to face Crystal Palace in the Premier League.

“Rumour after rumour always happen not only at Tottenham but at all the teams and you can’t do anything.”

The manager also said that his team were lucky to be allowed to play their home games at Wembley Stadium while their own new venue was being completed.

Spurs were supposed to move into their new 62,000-seater stadium this year, but that move has now been pushed to next year, with no official date set.

“Of course, you feel disappointed because it’s not your home … But I think the legacy of (chairman) Daniel (Levy) and the board and what the club is doing for the rest of our lives and the next generation of Tottenham fans is massive.

“That’s why we need to have patience to wait maybe a few weeks more, or months, to finish the stadium.”

Despite having no home of their own, Spurs made their best-ever start to a season and sit fourth in the table with 24 points from 11 games, while Palace are 14th on eight points.