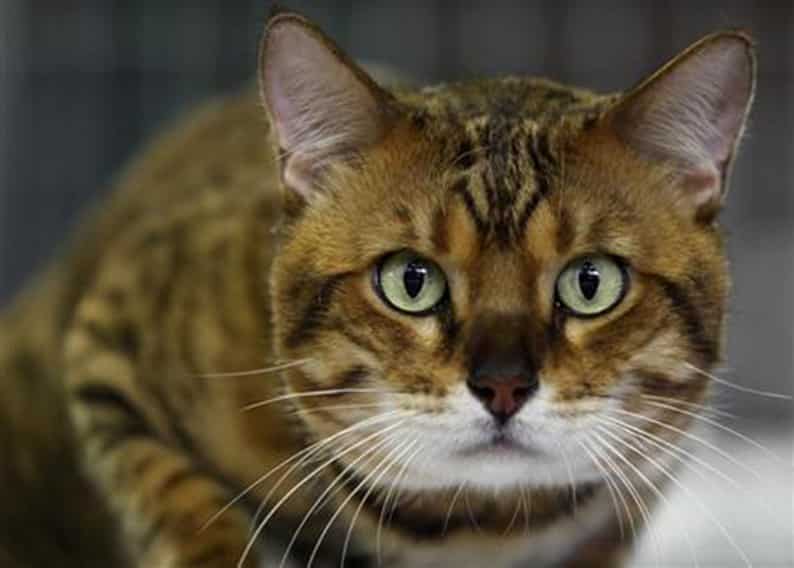 Dogs are the main source of infection in most parts of the world, although almost any mammal can become infected

A Briton who died after being bitten by a cat with rabies while abroad in Morocco “did not receive the vaccine until it was too late”, it has emerged.

Public Health England (PHE) issued a warning to travellers after the UK resident contracted the disease after being bitten by a rabid cat.

No more details have been released by officials about the case.

But it is understood that the person was bitten a few weeks ago and was not given immediate, potentially life-saving, treatment.

Prompt care, including wound cleaning and a course of the rabies vaccine, is very effective and can save an infected person’s life.

It is believed that the Briton sought care both in Morocco and when at home after being bitten.

Professor Jimmy Whitworth, professor of international public health at the London School of Hygiene and Tropical Medicine, said: “My understanding is that this is somebody who had contact with a cat that was behaving abnormally and sought care, I believe in Morocco and in the UK, but unfortunately didn’t receive vaccination until it was too late.

“I believe that the cat bit this person a few weeks ago.”

He added: “The typical time interval (for symptoms to appear) is two to three months, so you do have enough time (to seek care).

“But it can be as short as a week and that’s why seeking prompt care and getting vaccination is so important.

“In this tragic case the person didn’t get the vaccine in time.

“There are high stakes, you must not get it wrong.”

PHE said there is “no risk” to the wider public but as a precautionary measure, health workers and close contacts have been offered vaccination if necessary.

Rabies does not circulate in either wild or domestic animals in the UK, but between 2000 and 2017 five UK residents became infected with rabies after “animal exposures abroad”, PHE added.

The last recorded rabies case in Britain was in 2012, where a UK resident was bitten by a dog in South Asia.

Dr Mary Ramsay, head of immunisations at PHE, said: “This is an important reminder of the precautions people should take when travelling to countries where rabies is present.

“If you are bitten, scratched or licked by an animal you must wash the wound or site of exposure with plenty of soap and water and seek medical advice without delay.

“There is no risk to the wider public in relation to this case but, as a precautionary measure, health workers and close contacts are being assessed and offered vaccination when necessary.”

Rabies is passed on through infected animals through injuries such as bites or scratches.

It does not spread from human to human.

The infection is not found in UK animals except in a small number of wild bats.

There have been no documented cases in the UK of humans acquiring rabies in animals other than bats since 1902.

But a single case of human rabies acquired from a bat was reported in 2002 in Scotland in a bat handler.

People who travel to an area of the world where rabies is common – such as Asia or Africa – are advised to consider vaccination, particularly if they intend to stay for at least a month or if they are planning activities which put them at increased risk of coming into contact with animals with rabies.

PHE said that travellers to rabies-affected countries should avoid contact with dogs, cats and other animals wherever possible, and seek advice about the need for a rabies vaccine prior to travel.

More country-specific information on rabies is available through the National Travel Health Network and Centre’s website.