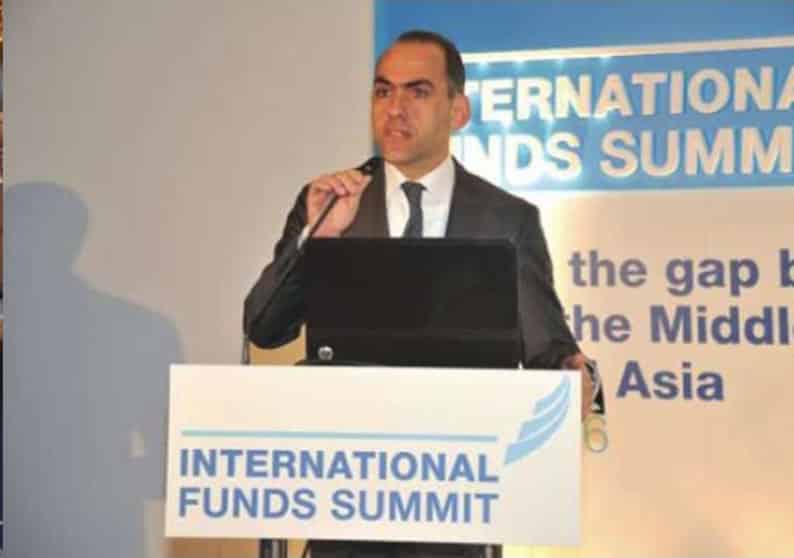 By the end of 2018, the Cyprus economy will have grown by 16 per cent of GDP, which more than covers lost ground, and if all goes well, growth is expected to remain above 3 per cent annually for the next three years, Finance Minister Harris Georgiades said on Monday.

These rates make Cyprus one of the fastest growing economies in EU, Georgiades told delegates at the 4th International Funds Summit in Nicosia organised by the Cyprus Investment Funds Association (CIFA).

The minister said unemployment was already down to 7 per cent, registering the fastest drop in the EU, and conditions of full employment would be re-established by 2020.

He added that for the last three years Cyprus has been operating with a surplus budget, currently estimated at 3 per cent of GDP. “This is what we are also budgeting for 2019. Once again, this is a top fiscal performance among the Eurozone economies,” he said.

“And we do need maintain this solid fiscal performance because the public debt is, admittedly, high, at 104 per cent of GDP and the plan is to bring it down to 90 per cent by the end of 2020.”

Georgiades said Cyprus had not “spent its way out of recession” but was working for stable, sustainable, long-term economic growth by staying cleat of policies of tax and spend, which allows the island to maintain tax certainty, to continue promoting tax breaks and incentives, and in this way, to safeguard consumer and business confidence.

All of the key sectors of the Cyprus economy were performing well, including tourism, shipping, real estate and business services and is gradually expanding into new sectors including higher education, innovation, offshore natural gas and renewable energy, Georgiades said.

“We know that there is a potential to lift the Cyprus economy even higher. We should do more in terms of reform, we should invest more in technology and we should continue to promote incentives for new business. And I can assure you, that this is exactly what we intend to do as a government,” he added.

He also referred to judicial reforms, investment in e-government and support for private and public sector universities and centres of excellence for research and innovation, including a national strategy for blockchain technologies.

Referring to the banking sector, Georgiades said the unsustainable expansion of the sector was at the heart of the problems faced in the not-so-distant past. Credit had expanded by more than 3.5 times, over a 10-year period, leaving behind a sizeable stock of non-performing loans (NPL).

“But since then progress has been steady,” he said. “In fact, progress lately has been decisive and fast, as a result of a number of actions taken, including the strengthening of the legal framework on foreclosures and insolvency.”

Most notable, he said, has been the carving out of almost half of NPLs from the banking sector, primarily through the separation of the Co-op Bank.

“None of these decisions were easy politically, but they all worked to the benefit of our economy and lead us into the investment grade zone,” he said.

Georgiades also said the financial sector was operating under much tighter rules and regulations with anti-money laundering procedures shored up “and any reputational issues belong to the past”.

“In the meantime, the real economy is advancing with a strong, steady pace. Asset prices are rising. Investment and consumption are on the rise. And the government remains committed to maintain fiscal discipline but also to continue promoting an ambitious reform agenda, in order to continuously enhance the competitiveness and the growth potential of our economy.”

British tourist remanded after waitress had plates thrown in her face