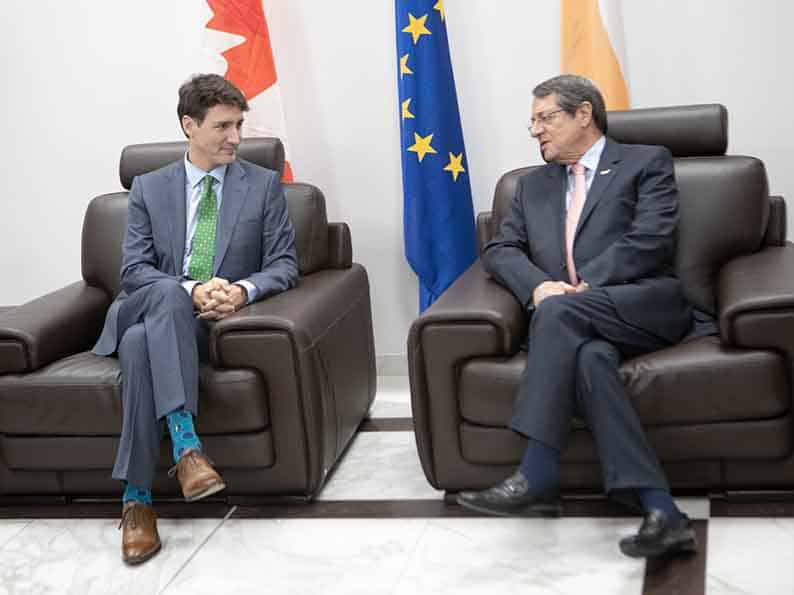 President Nicos Anastasiades on Monday had a bilateral meeting with Canada’s Prime Minister Justin Trudeau who stopped in Cyprus for refueling on his way to Asia from France.

The meeting took place at the old Larnaca airport building, according to an official statement.

Anastasiades briefed the Canadian PM about the latest developments in the Cyprus problem and thanked him for the principled position of his country. The two men also discussed regional and international matters.

Anastasiades and Trudeau pledged to extend co-operation in international forums. The president invited Trudeau to pay the island an official visit.