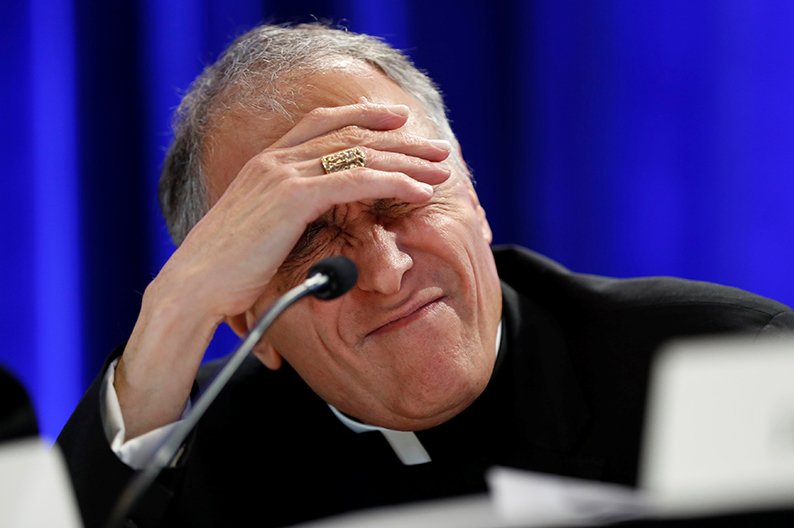 The Catholic Church has been unable to shake allegations

The Catholic church has been accused of seeing abuse victims as “third class citizens”, by a man who recalled his time as a frightened schoolboy allegedly forced to kneel and pray with his trousers down at a parish priest’s house.

The alleged victim told how he was abused by Father John Tolkien, son of The Hobbit author JRR Tolkien, in 1970, two years after the priest had apparently admitted ordering a group of Scouts to strip naked.

A week-long series of hearings of the Independent Inquiry into Child Sexual Abuse is examining the Roman Catholic Archdiocese of Birmingham’s response to allegations made against four priests including Fr Tolkien, who died in 2003.

The inquiry has already heard that the archdiocese had been made aware in 1968 of a complaint against Fr Tolkien, but that he had been “sent for treatment” and the matter had not been reported to police at the time.

On Tuesday an alleged victim said it was “unbelievable” that the priest had been able to return to ministry, as he described the abuse he suffered.

He told the hearing in central London: “Knowing that two years later he abused me in the same church or the same school and then they had the nerve to deny the claim that he did anything wrong when they must have known about it for years.

“And Vincent Nichols, the so-called cardinal of England and Wales, has the nerve to start talking to the solicitors on how to cover things up. That’s not Christian. Unbelievable.”

The former archbishop of Birmingham Vincent Nichols, now the Archbishop of Westminster, was due to give evidence to the panel this week but is unwell and will now attend on December 13.

The victim, who became emotional at times, said the archdiocese had contested his claim in relation to the alleged abuse on the basis it had been brought outside the relevant time limit.

He said the church’s behaviour was “disgusting, low-level”.

He said: “To deny the truth which they already knew, we know about now. To cover up children being abused by paedophiles, it’s just beyond words.”

He added: “I think they (the church) just see them (victims) as a scourge, third class citizens who dare to come forward and challenge them.”

The complainant, who said Fr Tolkien was regarded as the “creme de la creme” of the church in his area, told how he had been invited to the priest’s house for reading lessons on Saturday mornings when he was a young schoolboy.

While there he said the priest lit candles and shut the curtains, despite it being mid-morning, and told him to kneel with his trousers down during a “special prayer session”.

He said he did not know what the priest was talking about but did as he was told because he was frightened, and added that Fr Tolkien told him to keep what happened a secret.

While he said he had no idea how long the incidents, of which there were between three and five, lasted, he added that it felt like “a long time”.

In 2006 the complainant visited another priest, a former assistant to Fr Tolkien, who he said told him he suspected abuse had taken place but feared being sacked if he had tried to do anything about it.

“He said to both myself and the solicitor he knew what was going on but he couldn’t do anything about it,” he told the hearing.

“He said the power that Tolkien had got, financially and with the bishop, was too much and he would have been thrown out.”

The victim, who said he had received around £100 a year for counselling, a figure he described as “impossible”, said the impact of abuse “lasts for a lifetime”.