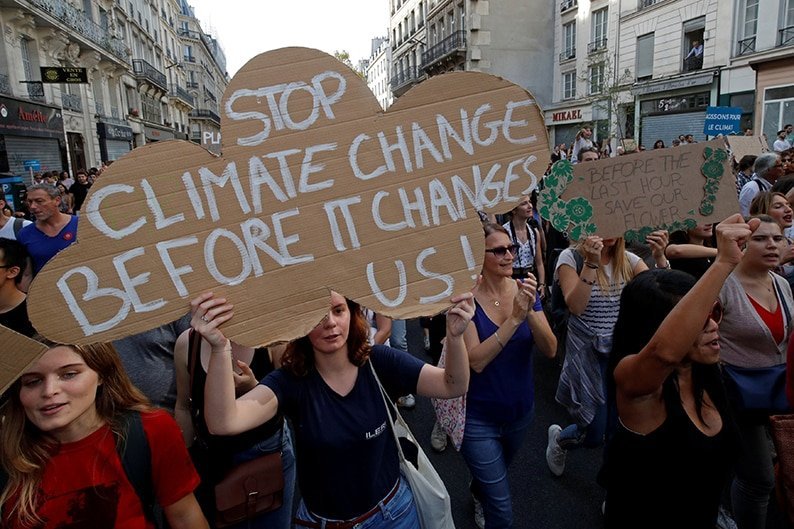 European Union lawmakers on Wednesday backed a cut of at least 35 percent in carbon dioxide emissions from new trucks by 2030 in the first limits on heavy-duty vehicles to battle global warming despite industry concerns over competitiveness.

A 20 percent reduction in CO2 pollution from trucks by 2025 was also voted through the European Parliament despite less ambitious limits proposed by the EU executive in May.

The targets will be the first CO2 standards for trucks in the EU, which currently has no limits on vehicles that account for almost one quarter of the bloc’s transport-related emissions.

“We need to act to tackle the growing CO2 emissions from heavy-duty vehicles,” Europe’s climate commissioner Miguel Arias Canete told the assembly before the vote. “Without action, these emissions would represent almost 25 percent of road transport emissions.”

The proposal, passed 373 to 285 by the European Parliament, would set tougher reduction targets from 2019 levels than the 30 percent cut by 2030 proposed by the European Commission.

“The parliament is sending a clear signal that it’s serious on reducing CO2 emissions in the transport sector,” said Bas Eickhout, the Greens lawmaker responsible for seeing the proposal through parliament.

The bloc’s 28 governments must still agree on the final law, with talks between environment ministers on December 20 expected to be tougher as nations with big automotive industries fear stricter rules would hamper growth and cost jobs.

If a common position is reached among EU governments in December, negotiations between the EU’s three lawmaking institutions on the final targets would start early next year.

The European Automobile Manufacturers’ Association has lobbied for far lower targets of 7 percent by 2025 and 16 percent by 2030, warning that work on new vehicles for 2025 was already under way.

The rules backed by Parliament on Wednesday also set a review of the targets by the end of 2022. They can then be revised up or down depending on progress towards the bloc’s emissions reductions goals.

Curbs on the transport sector, the only industry in which emissions are still rising, aim to help the bloc meet its overall goal of reducing greenhouse gases by at least 40 percent below 1990 levels by 2030 under the Paris climate accord.

Draft rules set benchmarks for manufacturers to sell more zero and low-emissions heavy duty vehicles of 5 percent as a share of total sales by 2025 and 20 percent by 2030.

Extreme temperatures across the northern hemisphere this summer have fuelled concerns climate change is gathering pace, leading some countries to call for emissions to be cut at a faster rate than planned.

The European Union has expressed deep concern over a U.N. report calling for rapid and unprecedented action to contain global warming.