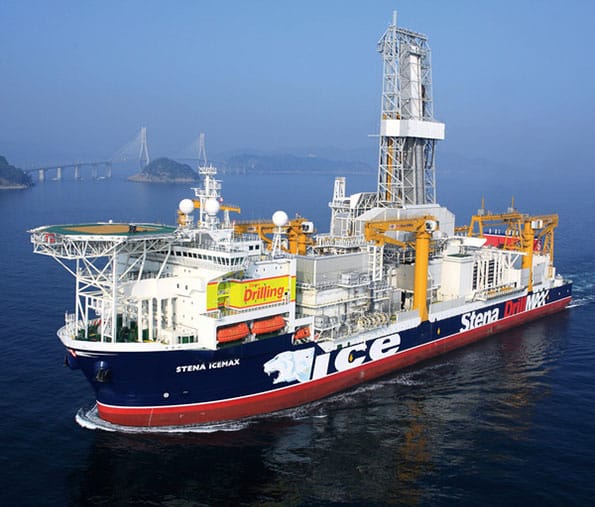 The Stena Icemax drillship leased by ExxonMobil, is expected to begin drilling in Cyprus’ offshore block 10 by the end of the week, it was reported on Wednesday.

The drillship arrived on location in block 10 on Sunday and is preparing to begin drilling in the site dubbed by Exxon as ‘Delphine’ after the Greek mythology dolphin-shaped sea daemon that was in the service of god Poseidon.

Cyprus News Agency (CNA), said, citing sources, that at the moment the exact time of when the drilling will start cannot be determined due to technical and environmental factors.

The same is true for the duration of the drilling, which is expected to last around two months. Progress, sources told CNA, will depend on the speed of winds, pressure as well as hard rock that can be found during drilling.

The drilling rig will descend about two kilometres to the bottom and about two to three km further.

Around 10 persons, mainly engineers and geologists from Exxon have been on the island the past six months in preparation of the drilling.

At the same time, the drilling operations will be assisted by staff, mainly scientific, based in the US and the UK, who will evaluate the drilling results.

Whether the natural gas to be found is commercially viable will depend on a number of factors not only concerning the quantity but also the quality of the gas and the depth at which it will be found.

Reports said that earlier in the week a team of government officials were flown aboard the drillship by helicopter.

The government on Tuesday rejected reports in the Turkish press that President Nicos Anastasiades expressed his willingness to agree to a deal with Ankara for Cyprus’ natural gas to flow to Europe through Turkey. The government was responding to reports that despite its strong public pronouncements, Ankara has no intention of hampering ExxonMobil as it explores for natural gas off the coast of Cyprus following a secret pact between Anastasiades and Turkey’s Foreign Minister Mevlut Cavusoglu.

Turkey has repeatedly threatened to stop Greek Cypriots from ‘unilaterally’ exploiting their offshore natural gas, arguing that the hydrocarbons resources belong to both communities on the island.

In February of this year, Turkish warships, on the pretext of conducting drills, stopped a vessel from reaching its drilling target in Cyprus’ block 3.

Turkey supports the breakaway regime’s claim that the area delineated by block 3 falls within the north’s ‘exclusive economic zone’.

Neither Ankara nor the breakaway regime lay claim to block 10, licensed by Cyprus to ExxonMobil.

UK PM May faces a fight to seal Brexit deal