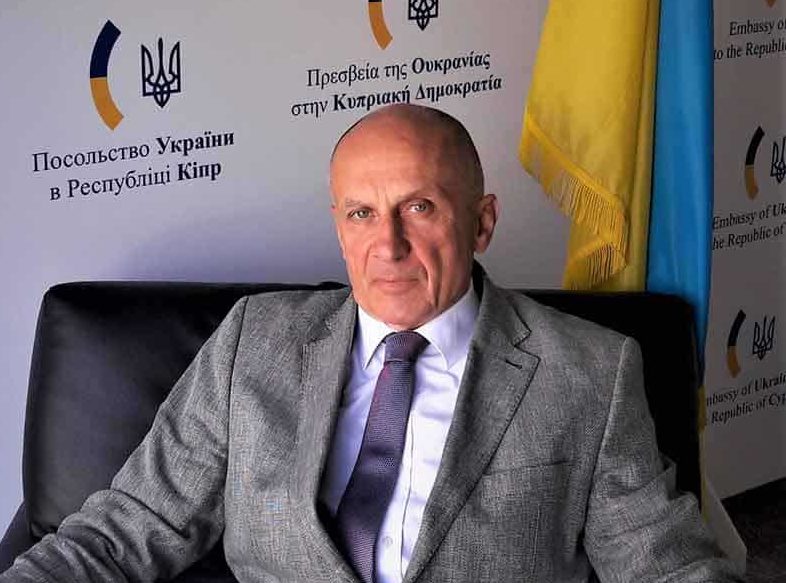 ON February 2014 Russian armed aggression against the Ukrainian people began, this wasn’t recognized by Moscow yet. What is done by night appears by day.

Kremlin had tried to prove to the international community that the inhabitants of the Crimean Peninsula defended their right to self-determination, but a year later, President Putin, confirmed that armed aggression began when the forces of special operations of the ministry of defence of our “brotherly” neighbour.

“Return home” has turned international health resort into a military base, where placed cruise missiles.

This didn`t calm down Russia and its tentacles stretched further into Ukraine. Experts believe, that Russia by waging war in Donbas, tried to divert the attention of the international community from annexing the Autonomous Republic of Crimea and city of Sevastopol, to one of trying to expose this invasion as a civil war.

After the fifth year of this confrontation of undeclared Russian war, the losses of Ukraine according to the UN were more than 10 thousand dead, about 25 thousand wounded, about 1.5 million people who were forced to leave or were displaced.

Prospects for a peaceful settlement of the situation in the Donbass are unrealized due to Moscow not following the Minsk agreements to which it was a party.

Moreover, by organizing fake elections November 11, 2018 in the occupied Donbas Russia violates Ukrainian sovereignty and the Minsk Agreements. Sham elections in 2014 undermined the peace process in Donbas and started a spiral of escalation. The Kremlin’s intent is to repeat that scenario once again in 2018, bringing more years of violence and suffering.

Due to a flagrant violation of international law, namely, armed aggression against Ukraine, which continues to cause significant human losses, violations of its sovereignty and independence, the European Union and the United States imposed restrictions (sanctions) on individuals and entities that are involved in the above-mentioned events in Ukraine.

Construction of the Kerch Bridge, without any coordination with a neighboring country Ukraine, Russia by this action deliberately limited navigation in the area in its favor by stopping the passing of Panamax to Mariupol and Berdyansk ports.

Another tool for economic pressure was the one-sided decision of Moscow to block and inspection all ships going from/to the Ukrainian ports of the Azov Sea on the pretext of combating “Ukrainian piracy”, causing difficulties including economic ones for their shipowners. There are more than 200 vessels that have to undergo this excessive procedure, including 120 vessels registered in EU countries.

By exerting economic pressure, Russia simultaneously strengthen its military presence in the Azov Sea, reinforcing the area with warships from the Caspian Sea.

Taking advantage of the lack of military parity in the Sea of Azov, the Russian side tries to turn the Kerch Strait into an analogue of the Bosphorus (when the motion of the craft is considered free but impossible without the consent of Turkey), and the Black Sea into a “gray zone” of danger and a military threat.

Our country stays in a front line that holds back spreading of Russian armed aggression against European countries, according to this the European Parliament adopted a resolution on the situation in the Azov Sea on October 25, 2018.

Ukraine expresses its sincere gratitude to the Republic of Cyprus for its solid position regarding the sovereignty, independence and territorial integrity of Ukraine with respect to cooperation of international organizations and their partners.

We are confident that the deployment of a multinational peacekeeping operation with a full UN mandate with a single clear-cut goal to restore Ukraine’s sovereignty and territorial integrity may be an effective tool for renewal and security in the region.

Our View: No affordable housing a symptom of Limassol’s success