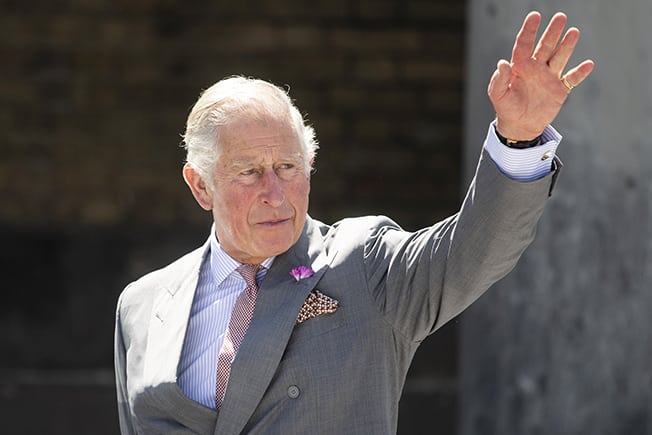 Britain’s Prince Charles celebrated his 70th birthday on Wednesday by attending public and private parties as parliament sang his praises and his office released new photographs of the heir to the throne with his close family.

The Prince of Wales and Queen Elizabeth’s eldest son, Charles was born at Buckingham Palace on Nov. 14, 1948, four years before his now 92-year-old mother ascended to the throne following the death of her father George VI.

To mark his birthday, he was attending a special tea party heralding 70 inspirational people who also turned 70 this year, before later heading to a private function at Buckingham Palace for friends and family hosted by the queen.

As Britain’s heir apparent, Charles has waited longer than any of his predecessors to become monarch and would be the oldest-ever king in a lineage that dates back 1,000 years.

Prime Minister Theresa May paid tribute to Charles in parliament on Wednesday.

“Throughout the Prince of Wales’ life his commitment to public service has been total,” she said. “The more one looks at (his) life, the more one sees a man who has spent 70 years defying expectations and refusing to be categorised.”

Charles has used his unique position to campaign on issues including climate change, architecture and farming, often challenging orthodox views.

“You have to make of it what you feel is right – there’s nothing laid down so that’s what makes it so interesting, challenging and of course complicated,” he said in a BBC documentary aired last week.

His supporters say the prince has often raised prescient concerns, citing how he began campaigning about the overuse of plastic in the 1970s, long before it became a mainstream issue. However, critics accuse him of inappropriate interfering because British monarchs are bound by Britain’s unwritten constitution to stay out of politics.

In last week’s documentary, Charles said he would stop “meddling” in campaigns which he felt strongly about.

“I’m not that stupid,” he said. “I do realise that it is a separate exercise being sovereign.”

The idea of a new king ascending the throne at an age when most men have retired has prompted calls in the past for his elder son Prince William to succeed the queen instead.

“The coronation of an elderly King Charles promises to be a distinctly backward-looking event, with none of the new-era excitement of the Queen’s in 1953,” wrote the left-leaning Guardian newspaper in an editorial on Wednesday.

“The royal baton, though not the crown itself, has already skipped a generation,” it added.

The new photographs show Charles in the garden of his London home Clarence House together with his second wife Camilla, sons William and Harry, their wives Kate and Meghan along with William and Kate’s children, George, Charlotte and Louis.

In the BBC film, William said he hoped his hard-working father would spend more time with his grandchildren and ease up on his busy schedule.

“He’s the fittest man I know but equally I want him to be fit so he’s 95 going on, so having more time with him at home would be lovely,” William said, although he acknowledged that Charles still believed he had much to achieve.

“He hasn’t even reached the point that his natural progression should do – ie being monarch – so he’s still got his job to do,” he said.

Charles’s office also released 70 facts about the prince to mark the occasion, which included the detail that he has a frog named after him – the Prince Charles Magnificent Tree Frog – and that at tree-planting ceremonies, he gives a branch a friendly shake to wish them well.