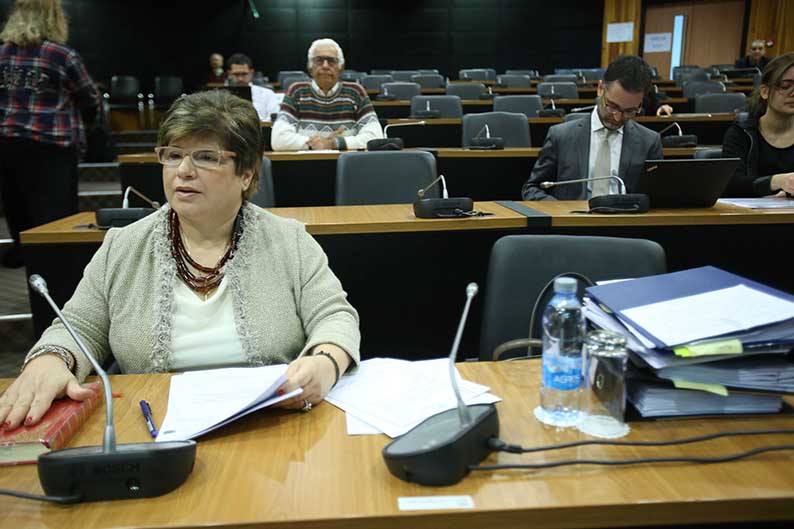 Though on the brink of collapse, the co-operative bank might well have been salvaged had the state thrown more money at it at the right time, Central Bank of Cyprus (CBC) governor Chrystalla Georghadji said on Thursday.

As far back as 2016 she had been sounding the alarm over the ailing co-op, she told the committee of inquiry.

Georghadji, said that in hindsight the cash injected by the state into the Co-operative Central Bank (CCB) was not sufficient to keep the lender adequately capitalised.

“Our position was, ‘put more money [into the co-operatives] because these amounts will not be enough’,” Georghadji said.

“As it turns out, Cypriot taxpayers will end up paying far more than if €2bn were spent rather than the €1.5bn. The co-operative bank could have been saved.”

On why this was not done, the central bank boss said: “We wanted to rescue it with less money.”

Asked whether she had pointed this out at the time, Georghadji replied that she did in a letter to officials.

In April this year, to keep the CCB technically afloat, the government deposited into the lender €2.5bn raised from several bonds, and from its cash reserves. The €2.5bn will be added to the public debt.

It was a sure-fire sign that the ship was sinking.  Only two months later, in June, the CCB agreed to sell its healthy operations to Hellenic Bank after it failed to reduce its stock of non-performing loans (NPLs) fast enough. Its NPLs accounted for around 60 per cent of its total loan portfolio.

In her testimony, Georghadji said that although the Central Bank was not the regulator for the co-op, she had warned on multiple occasions that the lender was in trouble.

The co-op was being regulated by European Central Bank’s Single Supervisory Mechanism (SSM).

Georghadji said she was in correspondence with the SSM.

“The SSM knew that a miracle was not possible, and told us so. What they wanted was for steps to be taken to address the issue of non-performing loans.”

The SSM was concerned, too, over lax corporate governance at the co-op bank.

According to Georghadji, she personally suggested to the president the removal of certain senior executives.

Asked why no one was sacked from the co-op, she speculated that “there was a reluctance to resort to such drastic measures.”

The central bank’s main concern, she said, was to prevent a contagion effect once depositors began taking their money out of the co-op in 2017.

“We were very alarmed that this might spread to other banks, triggering a bank run.”

The deposit outflows began in late 2017, picking up pace in 2018. During the first three months of this year, some €2bn in deposits were withdrawn from the co-op.

Asked what measures were taken by the Central Bank for the inaction that prevailed in the CCB, Georghadji offered: “Didn’t our letters say that ‘you are idle and slow to act?’

Dionysiou was the finance ministry’s official who acted as liaison between the CCB’s largest shareholder and the board overseeing the government’s investment in the bank.

She said she met for the first time with Anastasiades to discuss the issue, possibly in 2016.

In 2018, according to her calendar, she said, two letters were sent to Anastasiades and five meetings were held on the same issue.

“These meetings were made, the first one at my own initiative to inform him of the situation. But the president was very concerned and extensive meetings followed within a very short period of time,” she said.

Chairman of the investigating committee, Giorgos Aresti, said that, depending on references made to Anastasiades, they may decide to invite him to testify. He expressed hope however that it wouldn’t be necessary.

In a statement released later in the day, Anastasiades said he would respond to Georghadji’s claims, “if it is deemed fitting”, after she completes her testimony to the committee.

She is to testify before the committee again next Tuesday.