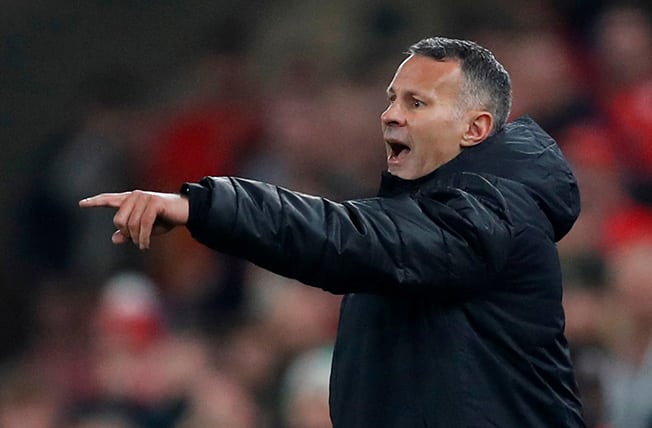 Ryan Giggs admitted that his Wales team were beaten by a Denmark side that “get the job done” in their Nations League clash.

Wales missed out on promotion to the top tier of the Nations League as Denmark won a passionate contest 2-1 at Cardiff City Stadium.

But Gareth Bale’s instant response as he slid home his 31st international goal after rounding Denmark goalkeeper Kasper Schmeichel, had the visitors hanging on at the end.

“You are always disappointed when you lose, obviously, but I am proud of the players, I am proud of the performances they put in in two games against a very good team,” said Wales manager Giggs, whose team lost 2-0 to Denmark in September.

“You saw tonight that Denmark are efficient, experienced and disciplined and get the job done, and we can learn from that.

“Also, in both games we were more than a match for them. We are disappointed, but I told them they should be proud of themselves.

“You can learn maybe more from defeats, and we will certainly do that. All the experience these players have had will stand them in good stead going into the Euro qualifiers (next year).”

Giggs, meanwhile, said he felt that Ethan Ampadu had been the victim of “a cheap shot” following a poor high challenge by Kasper Dolberg.

It saw Ampadu hit the advertising boards before it sparked a melee and prompted Giggs to voice his feelings to Denmark boss Age Hareide.

“I just thought it was a cheap shot,” Giggs added. “You have got a lad just turned 18 who broke his leg when he was 17. It was a late tackle.

“I realise we are not playing tiddlywinks. It is a competitive game, and there are going to be tackles, which is part of the game and I like that.

“But for a young lad who has been injured badly recently, it was a cheap shot. That’s why I reacted, and I was proud of the players how they reacted, protecting a young player, which is how it should be.

“It shows that they care and shows they are not going to be bullied, and I like that in a team.”

Wales now travel to Tirana to face Albania in a friendly on Tuesday, with Paul Dummett and James Chester unlikely to recover from injuries that forced them off.

Denmark are also guaranteed a play-off to qualify for Euro 2020, should they fail to reach the tournament during the regular qualifying process, while a youthful Wales side should be better for this experience when the qualifiers start in March.

Asked about Dolberg’s challenge, Hareide said: “If you knew him, he is one of the nicest kids you could ever think of. He wouldn’t harm a fly.

“The boards were too close to the line. It wasn’t the knock from Dolberg, it was the boards that put him (Ampadu) to the ground.

“Throughout 2018 we have been very, very stable with our performances, and we were very good today. It is a good hard-working side.

“The players deserve a lot of credit for putting Denmark as high as possible in the world rankings.

“This Welsh side is a very promising side. We have watched them a lot, and they have so many talented young players. They are good on the ball.

“They have so much to look forward to, and I think they will have a really good European qualification.”