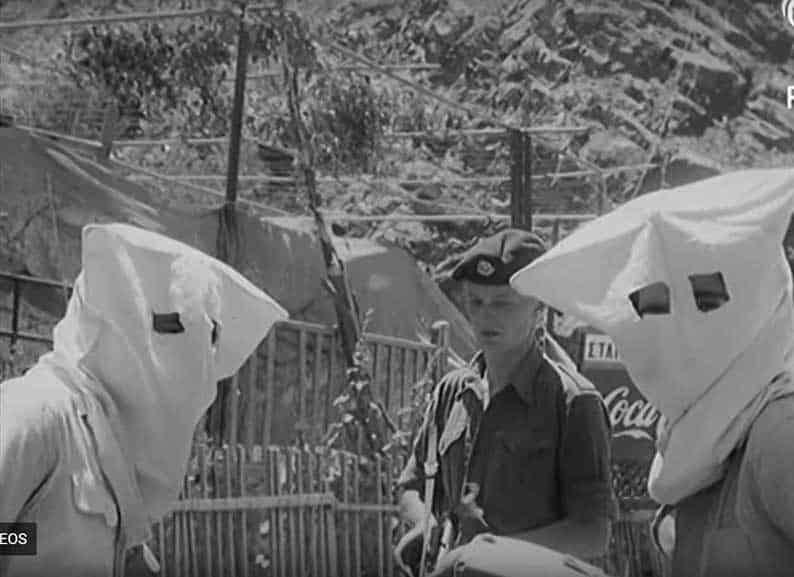 A military historian, Dr Brian Drohan author of ‘Brutality in an Age of Human Rights’, has revealed that during the Eoka struggle against colonial rule in Cyprus from 1955 to 1959, the British government “had free reign to commit torture with minimal oversight”.

In an op-ed submitted to the UK’s Metro newspaper, which was used in part, Drohan said torture was primarily carried out by Special Branch agents “who committed these brutal acts as part of a calculated effort to obtain intelligence on Greek Cypriot insurgents”, acts that senior officials in Cyprus and Whitehall knew about and condoned, he said.

The short excerpts from Drohan in Metro comprised part of a larger article pertaining to the ongoing case brought by 33 Eoka veterans against the British government over torture they said they endured between 1955 and 1959 when they were minors. The British government denies any wrongdoing.

However, Drohan’s full op-ed, obtained by the Sunday Mail this week, adds to the growing stack of testimony that has come out since the Eoka case was filed in 2015.

He says the use of torture was not limited to a small number of undisciplined ‘bad apples’, but nor was it so widespread that every Greek Cypriot detainee suffered physical abuse at the hands of nasty British troops gone wild.

“Instead, the use of torture was a key part of the government’s counterinsurgency effort carried out by Special Branch, an arm of the Cyprus colonial police force,” the British historian says. “In Cyprus, as in other colonies, Special Branch fought the war from the shadows.”

Drohan said Special Branch existed to collect vital intelligence that could help British forces kill or capture members of Eoka. In places where British forces fought counterinsurgency campaigns against anticolonial insurgent groups – such as Malaya, Kenya, Cyprus, and Aden – the head of Special Branch was one of the key senior security officers and had unrestricted access to the governor, as well as the ability to act independently of normal military and police channels.

He said lacking today’s high-tech surveillance equipment, the main way that Special Branch gathered intelligence during “the Cyprus Emergency” was through the interrogation of captured suspects.

“This interrogation effort was assisted by the Cyprus governor’s decision to pass harsh emergency laws that granted security forces wide-ranging powers of arrest and detention. Able to question suspects with few legal constraints, Special Branch interrogators could act with near impunity,” said Drohan.

One aspect of this impunity was that even though the Cyprus government publicly claimed that torture was prohibited, the government never produced specific instructions on what actions constituted ‘torture’. This was intentional, he added.

He recounts that in April 1956, after a scandal erupted implicating two British army offices in the physical assault of a prisoner, Cyprus governor Sir John Harding convened a meeting of his senior security officers. He suggested ‘sending out a confidential instruction to those directly concerned on what is and is not permissible in the interrogation of suspects’.

But the commissioner of police, director of intelligence, and the heads of Special Branch and the police Criminal Investigation Division unanimously opposed the idea of restricting interrogators’ actions.

“These senior security officers preferred for the limits of the law to remain ambiguous because this ambiguity allowed interrogators to use whatever methods they deemed necessary whilst also allowing the government to claim that torture was not permitted. Basically, if they didn’t specify what ‘torture’ was, they could always claim that their actions weren’t torture,” Drohan said.

He added that Whitehall also joined in this sleight of hand and that in September 1956, Colonial Secretary Alan Lennox-Boyd wrote to Harding stating that he knew some interrogations involved ‘questioning of unusual rigour’, but Lennox-Boyd recommended keeping this information out of the public spotlight.

“Although Lennox-Boyd, Harding, and other senior Cyprus security officers knew that interrogators tortured prisoners, they chose to quietly tolerate this brutality.”

Drohan said the responsibility for these actions did not rest on the individual interrogators alone and went much higher. “The colonial secretary and governor of Cyprus may not have given the orders, but they knew that torture was happening.”

According to the Metro article, papers were lodged in the UK Supreme Court on November 9 arguing that British law should apply to the case, which the UK government had been hoping to be heard under Cypriot law.

Foreign Office documents released in July 2012 described claims of torture and abuse during the Eoka struggle, which opened the way for the lawsuits filed by the 31 men and two women.

The plaintiffs say they have eyewitnesses, declassified documents, newspaper reports and medical evidence. The arguments of the Cypriot claimants are also expecting a boost from International Red Cross archives.

In parallel with legal procedures to lead test cases to trial, the solicitors were opening negotiations with British authorities with a view to settling out of court on a similar basis to the Kenyan example, which opened the way for the Eoka veterans.

An official admission in Britain in 2013 that thousands were tortured during Kenya’s Mau Mau insurgency between 1952 and 1963 expressed regret, but denied liability and settled out of court for a reported €24 million.

Britain has already paid tens of millions of pounds to Afghan and Iraqi civilians after claims resulting from the more recent conflicts in the Middle East. In 2015 it was found that there had been 1,145 claims in Iraq with 323 of them resulting in almost £19.6 million in out-of-court settlements.