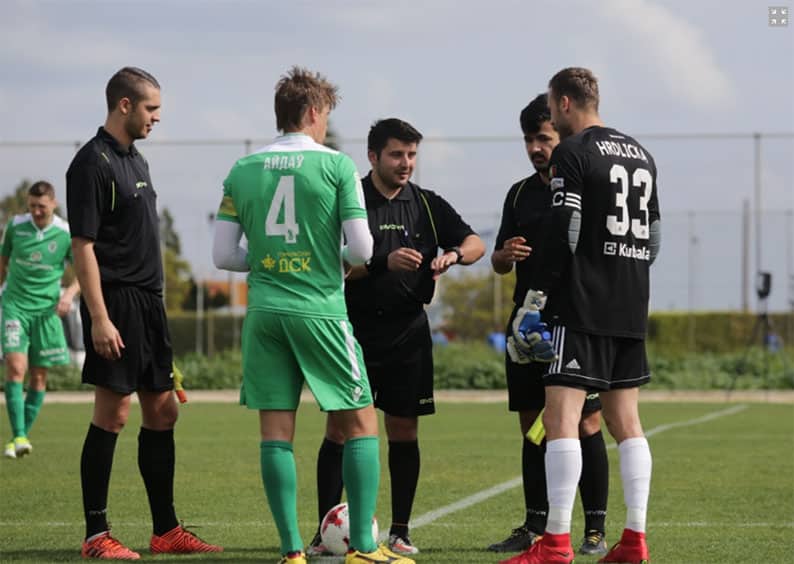 At least 32 allegedly fixed offseason football friendlies took place in Cyprus in 2016, 2017, and 2018, organised by a local company and also included fake referees who were part of an intricate match-fixing network involving agents, investors, and players, a Romanian investigative reporting outlet, the Black Sea, said on Monday.

Starting from January 2016 and running over three years, at least eight individuals from Romania, Portugal, and Latvia went to Cyprus to officiate friendly matches organised by a Famagusta-based company, the report said.

It said five of the ‘referees’ were not trained referees, but former and active football players.

The off-season friendlies hosted 15 teams from Russia, three each from Poland and Cyprus, two each from Serbia, Czech Republic and one each from Switzerland, Belarus, Slovakia, Moldova, Romania, Ukraine, Bulgaria, Latvia and Hungary.

The Cypriot company, according to the report, “is strongly suspected to be connected to Eric Mao, a 36-year-old FIFA agent and club investor from China”.

Most of the so-called officials have played in clubs where he was an agent.

“Through his company Anping, Mao has been an investor in minor league clubs in Europe for over four years, and his entourage has been involved in match-fixing scandals in Ireland, Latvia, the Czech Republic and Romania.”

Anping has been named as a “front for illegal match fixing operations” according to an investigation by the Qatar-based International Center for Sports Security (ICSS) seen by EIC Network, which calls Mao “a senior match fixing organiser and leader of a Singaporean match-fixing syndicate”.

One of the ‘referees’ a Latvian national, had played for Latvian side Jurmala FC, before its collapse in 2015 following a match-fixing investigation.

The club owner in the final season was a Greek agent who had also recommended to a second former Romanian player to take part in the friendlies.

He denies any involvement.

The Cypriot-based company arranges travel, logistics, accommodation, translation and even laundry for teams training in Cyprus and abroad or taking part in friendlies or official fixtures.

In a letter seen by EIC in July 2016, the head of Cyprus Football Players’ Association, Spyros Neophytides, reported Aris Limassol and Karmiotissa’s training camps in Slovenia to the Integrity Department of FIFA.

The training took place in the Slovenian city of Maribor between July 18 and 28, 2016, between the Cypriot clubs and Russian teams.

Neophytides claims that is “very interesting” because the clubs could not afford the travel costs, and that he has information from players that Aris Limassol had been allegedly involved in “fixed matches”.