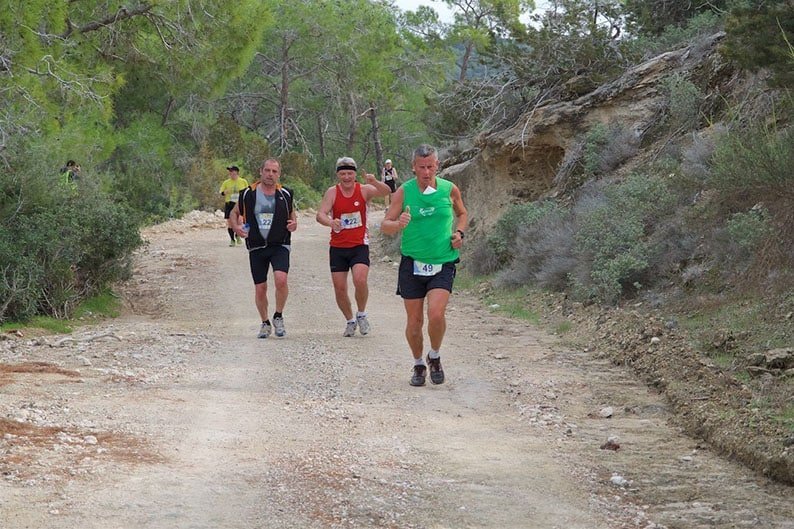 Hundreds of runners will descend on Paphos ahead of the Cyprus International four day challenge that will take place in the coastal town this week and go some way to help to boost winter tourism, according to organisers.

Amateur runners from all over the world including, the UK, France, Germany, Italy, Sweden, the Netherlands, Israel, Russia, Austria and Cyprus will take part, some returning to compete year after year.

Dia Charalambous of Arena Sports told the Mail that more than half of the runners are from the UK, with the remainder consisting of other nationalities.

“It’s a really great event and people tell us they love it. Many come back year after year and are all ages from young to old,” she said.

The sports organiser said that since the challenge event started in 2005, it has gained in popularity and that there remains a real need for sporting events in Paphos, particularly in the winter months, as they help to increase tourism.

“A number of other organisations have started doing sports events including running, cycling and swimming, which is good to see and much needed, we all have to keep going,” she said.

Runners will be staying at local hotels and holiday apartments in Paphos, with some Brit competitors making use their holiday homes, she said.

In addition, the event is offering package deals with the Coral Beach hotel, the Crown Resort and Corallia Beach hotel apartments.

The age range for this year will include runners in their early 20’s up to an 85-year-old male Hungarian runner, who is competing in the 10K race for the first time.

Charalambous explained that most participants will take part in all of the four-day challenges but for those not wanting to race in all, the half marathon and 10K Paphos City Run are open as lone races, enabling them to experience some of the challenge.

“There are a considerable number of runners from around 65- 75 taking part this year and it’s wonderful to see how fit they all are.”

Day 1 sees the first race kick off at 3pm, starting from the Coral Bay hotel and finishing by the shipwreck at the sea caves. Participants will run a number of loops before finishing the 6km course, she said.

Day 2 and day 3 get underway at 9.30am and both are hugely popular with runners as they take place ‘off road’ across the Akamas .

Day 2 is an 11KM course starting close to the sea by the Avakas Gorge and up a steep hill, finishing at Arodes village square.

Day 3 will see runners gather outside the church in Neo Chorio village square, running for 21KM and finishing at Toxestra Beach.

“Over the four days, the Cyprus International 4 Day Challenge 2018 will cover a distance of 48KM in total, which is greater than an official marathon which stands at 42.2KM,” she said.

She noted that as the event takes place over four days and not just one day as many other events, they attract more overseas participants.

“The feedback is that they all love the event, Cyprus, the unspoiled beauty of the Akamas and the weather,” she said.

Although the event includes road races, they will remain open to vehicles, however safety is a huge issue for organisers and the event is heavily marshalled and policed, with all necessary precautions and regulations followed. Ambulances are also stationed on all routes.

Charalambous said that most runners taking part combine the challenge with a holiday, staying in Paphos for at least a week. However, she noted that although winter flight connections between Paphos and the UK are adequate, more must be done to open up other European routes.

“We do need to have better air connections, especially with Scandinavian countries, this along with other countries should be looked at. We get complaints about this every year,” she said.