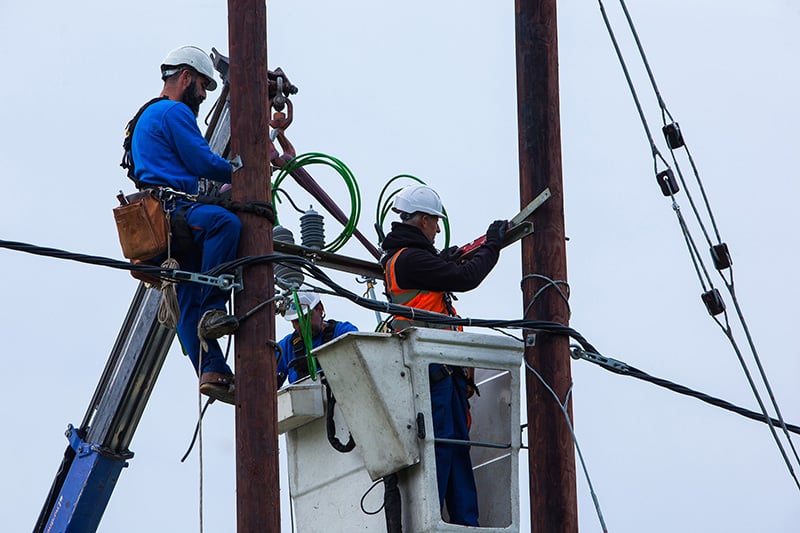 The transition away from oil to natural gas remains the greatest challenge for the Electricity Authority of Cyprus (EAC), its chairman said on Tuesday.

Andreas Marangos was presenting the organisation’s activity report for 2017 at a press conference in Nicosia.

Despite taking a slight hit in its profitability last year, the state-run power corporation increased its sales of electricity.

“The EAC is a vibrant, robust organisation,” Marangos said.

Total electricity sales in 2017 came to 4,495 Gigawatt hours, a three per cent rise on the previous year.
Meanwhile the EAC’s clients increased by about two thousand.

Compared to 2016, sales in 2017 rose by €94.4m or 18.3 per cent. According to Marangos, the difference was partly due to increased electricity sales, but largely owed to an increase in the average cost of kilowatt-hour as a result of higher fuel prices.

Spending on salaries and benefits rose by 12.2 per cent compared to 2016.

Marangos said the EAC is about to complete its operations and accounting unbundling as mandated by the energy regulator.

The unbundling is seen as the first step to preparing the power company for the opening up of the electricity market.

The organisation’s plans for the future include the gradual installation of some 400,000 smart meters over an eight-year period. The project is a key component of transitioning to a ‘smart grid’.

The EAC currently operates 19 electric vehicle charging stations across the island, and plans are afoot to install an additional 13 within 2019.

On renewables, the organisation recently concluded an agreement with the Church of Cyprus for the construction on the latter’s land of a photovoltaic park in the Acheras area. The facility is projected to generate 66 Megawatts.

The EAC also operates the largest desalination plant, located at the power station in Vasilikos, outside Limassol. It produces 60,000 cubic meters of water a day and, according to Marangos, they have received the green light to enter negotiations aimed at increasing the capacity to 80,000 cubic meters.

The Vasilikos power station itself generates 62.7 per cent of the grid’s electrical power, followed by the Dhekelia station with 36.5 per cent and the Moni station with 0.8 per cent.

At the press conference, Marangos also announced the company would continue its policy of not cutting power to domestic customers who are in arrears with their bills during the upcoming Christmas and Easter holidays.