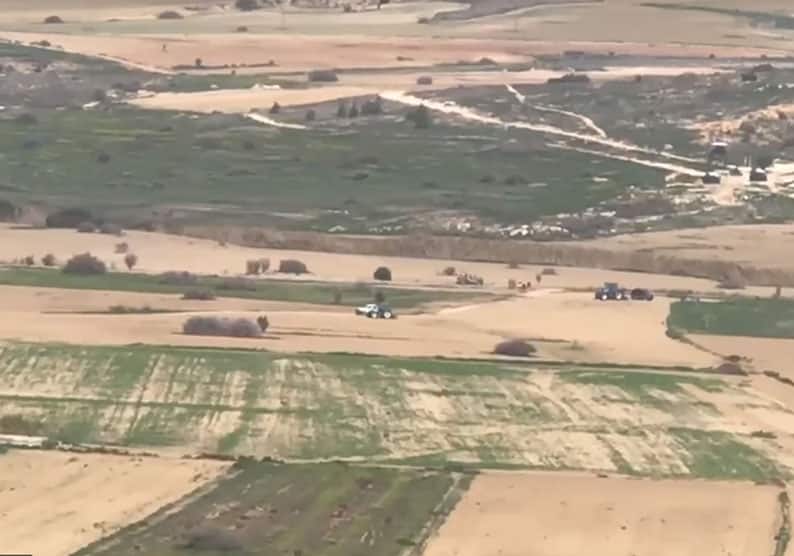 Unficyp said on Tuesday it was concerned over the latest incident in the buffer zone in the Deneia area after around six Greek Cypriot famers were told to leave by Turkish soldiers.

Following a similar incident on Saturday, the farmer had planned to continue work on Tuesday after discussions were held on Monday between Unficyp and the foreign ministry.

However, reports on the ground on Tuesday said around six of the farmers who entered the buffer zone in the morning were stopped by Turkish military and eventually left the area after Unficyp personnel spoke with the soldiers and then with them. The entire incident took around 20 minutes.

According to reports in Politis, Phileleftheros and Sigmalive, farmers entered the buffer zone on their tractors and initially saw no movement by Turkish forces until four soldiers and two military vehicles appeared on the scene close to a Turkish outpost. UN peacekeepers also showed up, the reports said, adding that other farmers not close to the outpost were continuing to plough their fields unhindered.

“We are concerned that this incident will undermine peace and stability in the buffer zone,” Unficyp spokesman Aleem Siddique told the Cyprus Mail in response to the reports. “Maintaining the status quo, and safety of citizens, remain our most important priority. Anything that undermines the status quo cannot be permitted,” he added. He did not wish to comment further.

However, sources said it appeared the particular group of farmers – the same ones that were stopped by Turkish forces on Saturday – did not have permits and had begun cultivating too close to the Turkish ceasefire line, for which permits are not granted.

Siddique said he could not confirm whether or not the particular farmers had permits.

According to Panayiotou, the aim is to find a way to overcome the problem while continuing to consult with farmers and other stakeholders. He noted the willingness on the part of Unficyp and the foreign ministry to find a solution. Farmers have been asked not to go back into the buffer zone until then, he said. “This isn’t a game,” Panayiotou said, noting that the area in question was close to Turkish army outposts.

What was important, he said was that it not affect relations between Greek Cypriots and Turkish Cypriots. “We have to protect this relationship as it is the only thing that can unite us,” he added.

The Foreign Ministry on Monday made representations to Unficyp over Saturday’s reported harassment of the Greek Cypriot farmers.

The farmers decided not to enter the buffer zone on Monday to avoid escalating tension, but from Tuesday had planned to return to the fields they have been leasing and cultivating for the past five years.

According to the foreign ministry, there had been three incidents last week in the Deneia area but  media reports in the north, cited their ‘foreign ministry’ saying it had contacted the Turkish military, which said that no such incident had occurred.

But the foreign ministry, citing Unficyp data, said the peacekeeping force over the past few years had been called to respond to more than 1,000 similar incidents in the buffer zone each year.