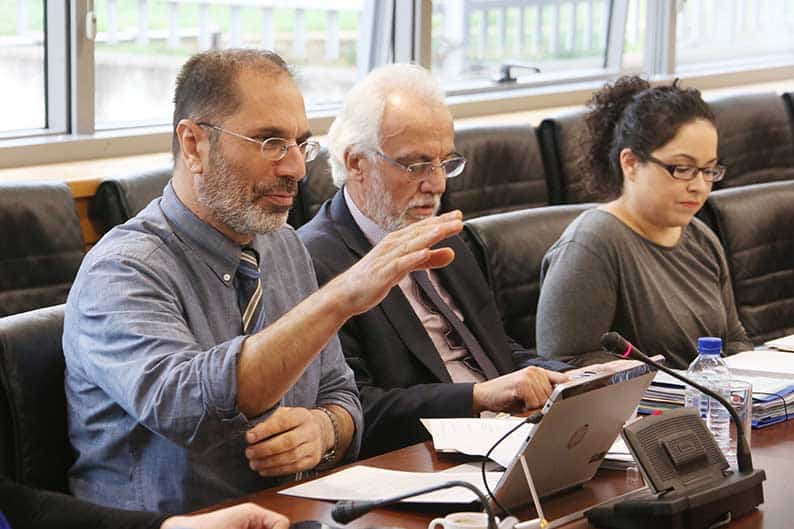 Auditor-general Odysseas Michaelides voiced concern on Wednesday over the apparent climate of general financial euphoria that could mislead the country the economic crisis was over and Cyprus could return to the culture of wastefulness and unaccountability.

Appearing before the House finance committee, Michaelides said that while the island expected a budget surplus in 2018, his service was concerned over the apparent cultivation of the belief that the crisis was over.

As recent as last week, he said, teacher organisations asked the government to scrap provisions cutting their benefits when they retire early, requested a travel allowance for teachers who move around, and so on, Michaelides said.

“These demands have not yet been satisfied,” he said in a memo to the committee. “Many other distortions that were not corrected before the troika (of international lenders) left will probably be in place for a long time.”

The auditor said major distortions in local authorities remained, resulting in a huge waste of resources, dysfunction and ineffectiveness.

Michaelides said he even failed when he tried to end the practice of staff being graded as ‘exceptional’ across the board.

“I didn’t try anything drastic,” he said in the memo. “I failed miserably because in almost all cases I was in the minority in the three-member appraisal groups.”

He said the government was also too scared to address the issue of allowances and benefits in semi-government organisations despite repeated appeals.

The auditor also took a shot at the tax department for not being able to effectively tackle tax evasion.

He later said that the amount of overdue taxes was not being reduced but was in fact rising, reaching “several billions”.

He also criticised his predecessor, the current Central Bank governor Chrystalla Georghadji, for not doing her job properly when she was in office.

Michaelides said the financial audit the service carried out in the past was deficient and far below any professional standards.

The problem had been tackled with the help of British experts and for the first time the 2017 audit passed muster.

He also censured Finance Minister Harris Georgiades anew, charging him once again with the demise of the Co-op bank.

“I have also told the Co-op inquiry about the mistakes the finance minister and other individuals made, in my view, as regards management of the Co-operative bank in the last five years,” he said after the meeting.

In his memo, Michaelides said Georgiades had opposed an audit in the Co-op bank, arguing that it constituted interference.

“Who said this? The minister who, as it later transpired, appointed friends and schoolmates in key positions, who called the (bank) board to his office to reprimand them when there were leaks,” Michaelides said. “It was the minister who run the bank.”

The auditor also expressed concern over the handling of the co-ops’ non-performing loans which were now in state ownership.

He said his office was investigating the agreement with loan management firm Altamira to ascertain what the terms were. Altamira had been hired without going to an open competition.

“Do we have the option of someone else or are we bound by the sinful decisions taken on Altamira without any procedure?”

According to Michaelides, the former Co-op bank’s agreement with Altamira appears to include a clause for compensation in the event assets were removed from the portfolio.

The auditor said he was concerned by recent statements made by the state aid commissioner that the scheme was essentially an indirect subsidy to banks.

The commissioner also said the scheme was drafted with the help of the executives of the banks, which will ultimately benefit.

“To ask the banks to prepare a government scheme which will ultimately help them raises certain doubts regarding its objectivity.”