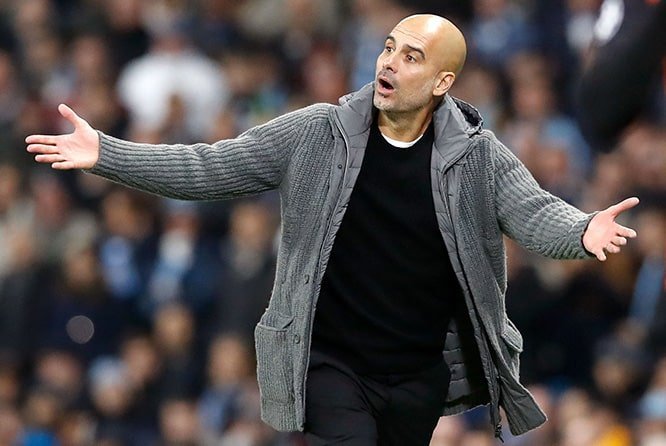 Manchester City manager Pep Guardiola has been formally warned by the Football Association over the comments he made about referee Anthony Taylor ahead of the Manchester derby.

Guardiola went against FA rules by discussing the suitability of the appointment of the Cheshire official, who is from Wythenshawe, for the clash.

Although Guardiola backed Taylor and dismissed accusations of potential bias, managers are not permitted to talk about referees ahead of matches.

Manchester United boss Jose Mourinho was fined £50,000 in November 2016 for talking about Taylor ahead of a clash with Liverpool, but he was already on notice having previously been warned for a similar offence while Chelsea manager.

Because this was Guardiola’s first such offence, and the nature of his comments was regarded as largely neutral, it is understood a charge was not deemed necessary.

Guardiola said: “The referee doesn’t want to make a mistake because he knows everybody around the world is going to watch him. If he is a fan of United or City – everybody can be a fan of whoever he wants so no problem.”

Taylor was widely praised for his performance in the match earlier this month, which City won 3-1.

Audit chief warns against misplaced euphoria that crisis is over