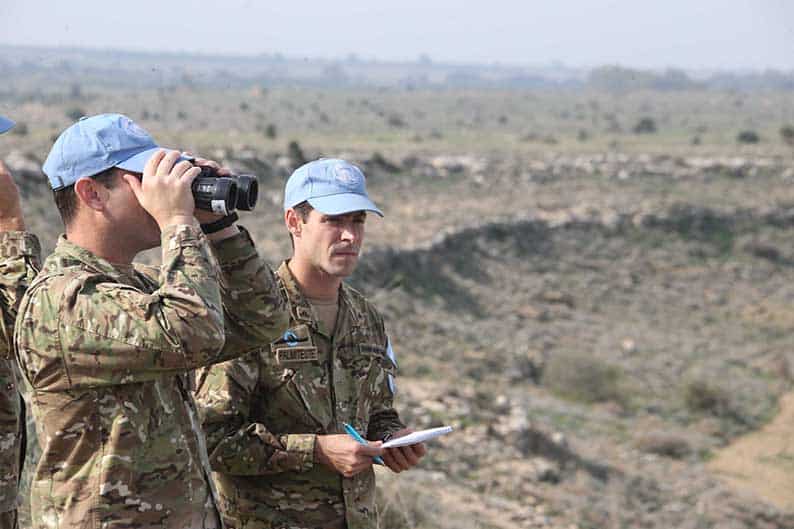 The Turkish Cypriot ‘foreign ministry’ on Wednesday accused the Greek Cypriot side of deliberately planning provocations in the buffer zone at Deneia and using the village as a propaganda tool.

It was referring to an issue that cropped up on Saturday when a group of Greek Cypriot farmers were stopped by Turkish soldiers from cultivating land they lease in the buffer zone from the UN. A repeat incident happened on Tuesday resulting in the farmers again leaving the area.

The UN peacekeeping force Unficyp, who are in control of the buffer zone have been mediating between both sides, and said on Tuesday they were concerned such incidents would undermine peace and stability and upset the status quo, which is their responsibility to maintain.

But while the Cyprus foreign ministry has been making representations to the UN over the incidents, the Turkish Cypriot ‘foreign ministry’ issued a statement accusing the Greek Cypriots of “planned provocations to create tensions”.

It called on the Greek Cypriot side to stop using the farmers and Deneia village as propaganda tools. According to their information 11 Greek Cypriot farmers entered the buffer zone with six tractors and had gone right up to the “TRNC borders” thus “violating the buffer zone”.

“The Greek Cypriot group was removed with difficulty from the region by a UN police patrol after the [Turkish security forces” informed the UN officials about the situation.

What is not yet clear is whether the farmers that approached the Turkish army ceasefire line had valid permits. The UN was unable to answer this question on Tuesday but the Cyprus Mail understands that Unficyp does not grant permits for land cultivation directly adjacent to those areas.

Claiming that the Greek Cypriot side was trying to create an artificial crisis in the region, the Turkish Cypriot ‘foreign ministry’ statement said: “We follow the developments with a sense of serenity and we call on the officials of the Greek Cypriot side to refrain from using the villagers as a propaganda tool,” it added.

On Wednesday, another meeting was held on the issue with the foreign ministry and community leaders and the farmers “to coordinate further”, a ministry spokesman told CNA. “The aim is to restore farmers’ rights and to have unhindered access to and cultivation of their land in a climate of full security,” the spokesman said.

The ministry, citing Unficyp data, has said the peacekeeping force over the past few years had been called to respond to more than 1,000 similar incidents in the buffer zone each year.

Unficyp said on Tuesday it was concerned over such incidents and that maintaining the status quo, and safety of citizens, remained their most important priority.

The harassment of Greek Cypriot farmers in the buffer zone would also be of serious concern to the government, especially as the possibility of the UN force being withdrawn, cut back or having its mandate altered due to a lack of progress on the Cyprus issue as has already been well publicised. Unficyp’s six-month mandate was renewed in July after a lot of persuasion by the government but its renewal comes up again early in the new year.

In September, Greek Cypriot chief negotiator Andreas Mavroyiannis said there was no guarantee that Cyprus would be able to retain Unficyp for another six months when its mandate expires at the end of January.

Mavroyiannis said he believed that a lot of work needed to be done in the immediate future to prove that there was a direct link between the need to retain Unficyp and efforts to reunite the country.

“Many question the need to continue renewing the mandate of the UN peace-keeping force here. This is nothing new but in the recent past these doubts have intensified and it is not certain whether we will manage in the next six months to keep the UN force in Cyprus,” he said at the time.

“We have to find ways to prove the direct relation between Unficyp’s presence and the Cyprus peace effort and this calls for a hell of a lot of work in the immediate future.”