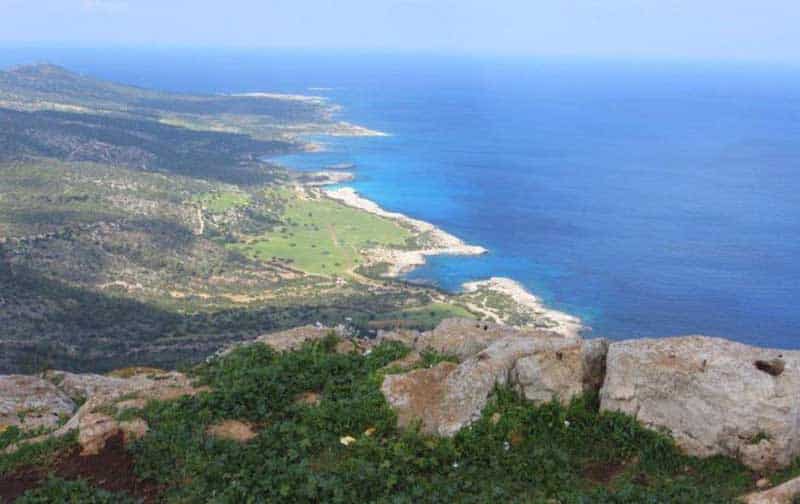 President Nicos Anastasiades on Friday presented the government’s plan for the Akamas peninsula, expected to be implemented between 2020 and 2022.

Speaking at the presidential palace, Anastasiades said it was a “landmark day” since after decades of discussions, implementation moved from theory to specific projects.

Home of a diverse ecosystem of flora and fauna, the Akamas has for decades been the bone of contention between conservationists and local communities backed by developers who want to exploit the area’s unique characteristics.

Due to this, successive governments have dragged their feet, letting the area slide into perpetual lawlessness with uncontrolled vehicle and boat access and illegal structures, among others.

The management plan presented by the government on Friday is meant to be complemented by the local plan for the communities, which the president said “will bolster the area’s financial capabilities, addressing concerns relating to the development that will be permitted.”

Agriculture minister Costas Kadis said final approval of the plan was expected by the end of next year, at the same time with the local plan so that the two were fully harmonised.

The project will cost an estimated €6m while operating costs will reach €450,000 a year.

The park will have eight main entrances where visitors will pay a token amount as in other parks abroad, he said. There will also be 14 areas with facilities for visitors such as parking lots, toilets, and snack bars. Over 88 kilometres of roads inside will be upgraded, Kadis said.

The minister said the Akamas area was visited by thousands of people each year who moved around without any checks and controls, causing damage to the environment. Especially damaging were the quad bikes rented by businesses in the area and excursions using off-road trucks.

Kadis said communities in the region were being led to decline, despite the natural wealth that surrounded them, as he stressed that the plan’s priority was the protection of nature and biodiversity.

Conservationists, who have been fighting for a management plan for years, appeared cautious in their approach.

“We think the plan has many positives,” BirdLife Cyprus director Martin Hellicar said. “The general philosophy is not bad but the devil is in the detail.”

The most important missing details were that it was not clear whether an appropriate assessment (AA) would be carried out since the area was in the Natura network.

The AA is an assessment of the potential adverse effects of a plan or project — in combination with other plans or projects — on Special Areas of Conservation and Special Protection Areas.

Failure to carry out an AA would be in violation of EU regulations.

One of the conservationists’ biggest concerns is that the plan only covers around 75 per cent of the Natura area, which they argue should have been larger in the first place.

They fear that leaving it as it currently is was like telling people this is the protected area, anything goes outside.

Also, not clear was which roads would be upgraded and how.

Kadis said the network will be upgraded using environmentally friendly ways but did not elaborate further.

The plan also failed to address the problems caused by the large number of private boats that crowd certain areas close to the Akamas coast during the summer.

Nor did it specify clearly what the future of the plethora of illegal structures currently dotting the area would be. Conservationists would like to see the structures demolished before the plan is implemented.

The Green party said the announcement was nothing to celebrate about.

The party said it was unmoved by the plan because on one hand it finally shook things up after many years of destructive inaction, but it also included many negative and dangerous points.

The event was held to appease the area’s community leaders who threatened to cement the road to Fontana Amoroza which was deemed dangerous after a recent crash that saw two visitors killed, the party said.

It said that from a recent briefing in parliament, the plan didn’t seem to have adopted the proposals of environmental organisations.

The key issue of movement inside the Akamas appears to satisfy the demands of various interests exploiting and destroying the ecosystem for decades, the party said.

The party insisted that plans for housing development in private properties belonging to big landowners and the Church that were surrounded by Natura areas must be abandoned.

“We are not prepared to accept additional environmental crimes on the altar of so-called development, especially when it comes to Akamas.”